Originally designed in Finland by Matti Suuronen and built in 1968 to function as a portable ski chalet, The Futuro House was an extension of Modernism from Northern Europe, and the intense interest in both the Atomic Age and Space Age at the time. The pods were licensed to be built around the world but many of them have succumbed to age and the elements. Thankfully English artist Craig Barnes has restored one of these retro mid-century gems and rents it out for events. It is currently on a terrace at the University of the Arts London Central Saint Martins for their program "Slivers of the Future." Through this coming April of 2016, Craig Barnes will hold presentations about the house, its history, and its restoration. Visit the link below for info and tickets:
http://events.arts.ac.uk/event/2015/11/4/Futuro-House-Tour-with-Craig-Barnes/ 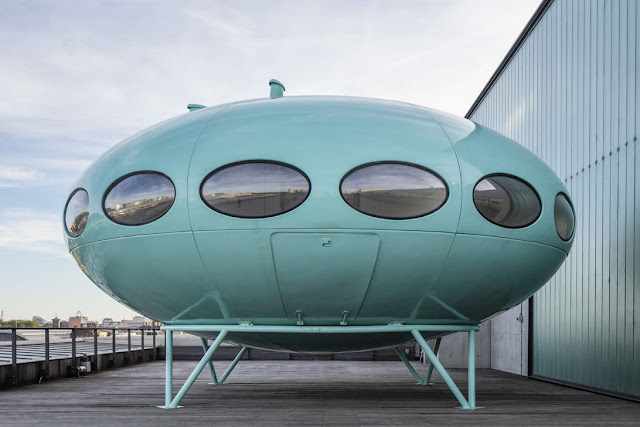 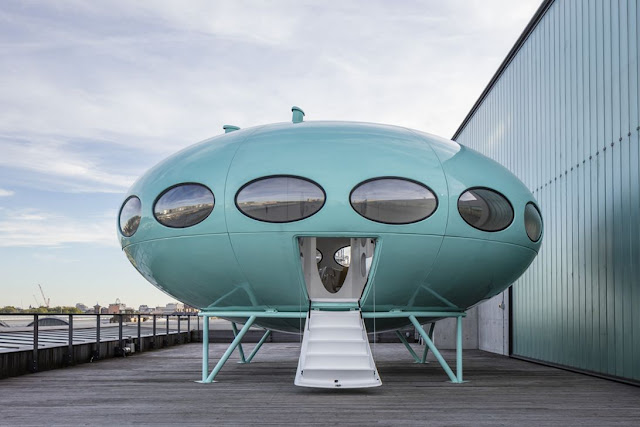 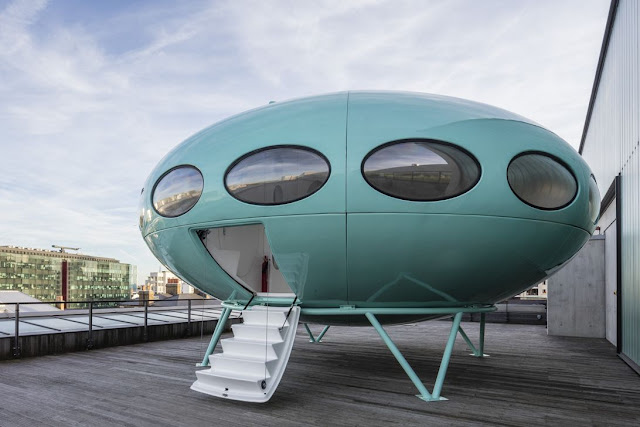 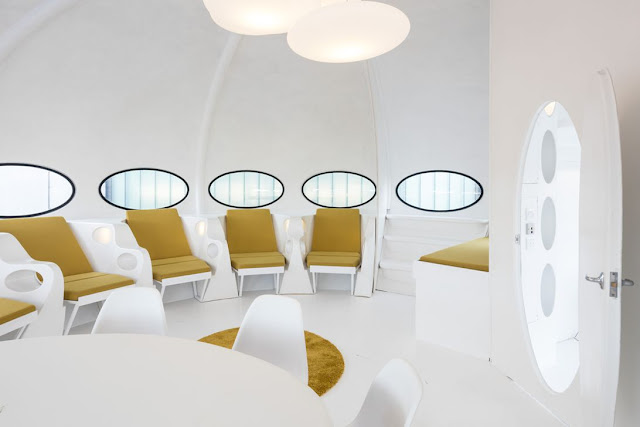 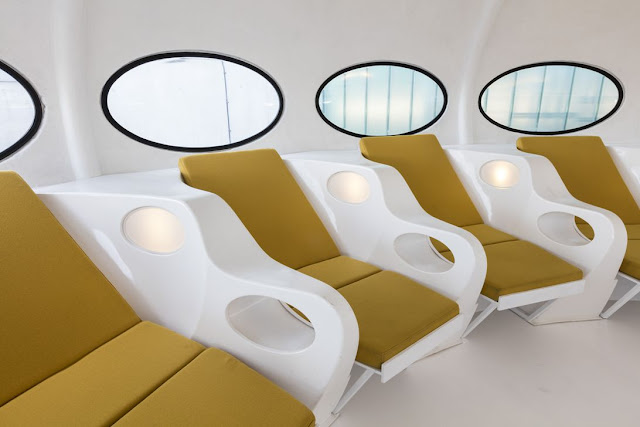 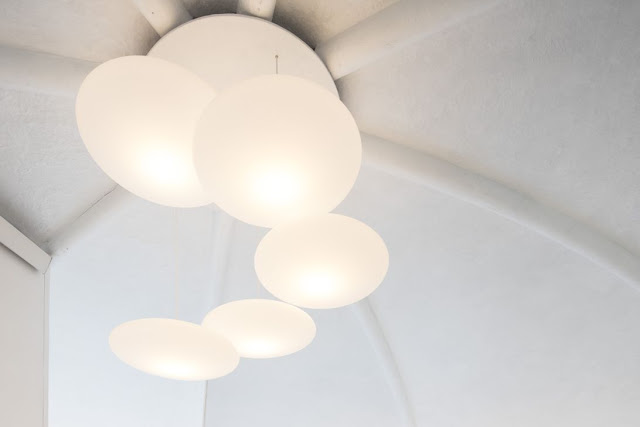 A very personal note: when I saw these photos, I had a visceral reaction and a flashback to a dream I had when I was in my late teens/early 20s. I was reading a lot of C.G. Jung at that time and naturally, he and his writings made a tremendous impression on me. In the midst of this Jung exploration, I had a dream in which I entered a vehicle of the same size and shape as this Futuro House. And as is usual in dreams (or at least my dreams), I understood a fact without being told: this machine was invented by Carl Jung. Inside was an arrangement of seats around the perimeter, just like in these photos. I sat. The vehicle moved by spinning, being powered by some kind of elemental force in the universe. As it spun and moved forward pressing down into an ocean, into the earth itself, the passengers, meaning myself, were pressed back. And somehow, the spinning of this structure made a whirling sound which grew in intensity the more we traveled. The whirling was like music, like every string instrument playing every note and chord at once, a sound like every sound in creation, a glorious, beautiful circular sound that was literally transformative, transcendent, and metaphysical...bridging those physically present with that which is beyond the physical. It was quite an overwhelming dream, one I have not forgotten and probably never will. You see, I am still waiting for that kind of transformation and transcendence...

http://www.futurohouse.co.uk/index.html
Posted by Jeff at 7:00 AM