Well, we've lost yet another legendary music icon. Prince died today at the shockingly young age of 57. What a fantastic, prolific, and otherworldly talent who leaves behind a staggering body of work. He actually managed to invent a new genre of music: the Minneapolis sound, an unlikely mix of funk/soul with electronic music, rock, and a smidgen of punk. Amazing. And if you weren't alive in the 80s, it is hard to describe the feeling, the zeitgeist, and the absolute phenomenon that was "Purple Rain." While he may have faded from such intense popularity with the years, his live shows and stage presence continued unabated. I had the privilege of seeing Prince perform a few times--I actually got to see the legendary 1999 Tour in April of 1983 where the original Vanity 6 line up and The Time were his opening acts, as well as his incredible, in-the-round Lovesexy Tour in November of 1988--and he was a jaw-droppingly explosive live performer and musician. Just incredible.

Yes, sometimes it snows in April. 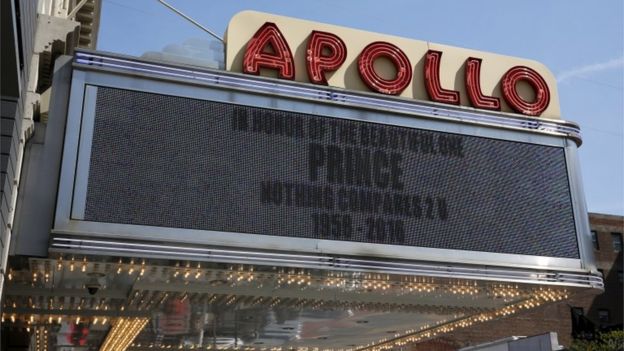 I know that Prince was beloved by many (just a look online proves that) and yet, I feel like only you and maybe one or two others really get how world-changing, genre-blending, and exciting he was. That's ridiculous, of course. He touched so many lives, particularly those of us who came of age in the 1980s!

As Brooks and I sit here and listen to a long set of Prince songs, I remember how his music was an important part of the soundtrack to a specific time in our lives...a big chunk of which you and I spent together.

I still can't believe that we got to see him on the Lovesexy tour, and I feel so lucky to have been around and paying attention during his musical heyday.

Thanks for this tribute, and here's to music that weaves itself into the fabric of our lives.