Last year was a great year for rising star designer Ximon Lee, who emigrated from China to New York to attend Parsons. He won the H&M Design Award in January and two months later was shortlisted for the Louis Vuitton Moët Hennessy Prize competition. He has said that Craig Green (previously here) is a major influence, but he seems to be developing his own stylistic vocabulary quite nicely. For his Fall-Winter '17-'18 collection at London Collections: men, he has softened his severe, square silhouettes for something more romantic, even--dare I say it--escapist...while the proportions of collars and trousers remain voluminous, materials have become more luxurious and the inclusion of large bubble-like pearls lends an air of glamorous science fiction (I like the addition of an odd shoulder pack/satchel). I just love the cut of all these pieces and would wear anything shown below...but especially the sweater tunic, the puce colored overcoat, and either of the stunning dusters in the bottom row (the ocher one on the left or the brocade one on the right which is based on an oil painting of a nude!). His vision is unique but so wearable. He will surely further the evolution of menswear. 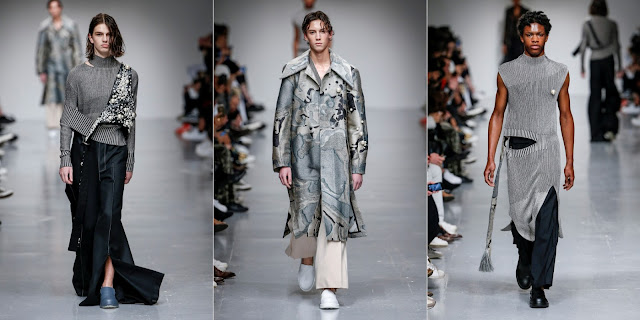 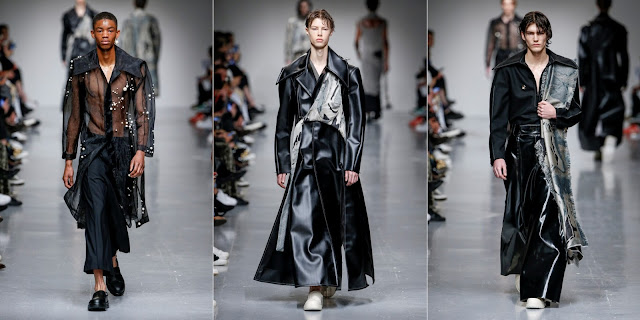 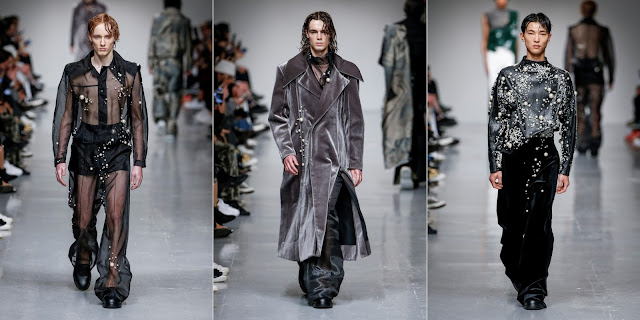 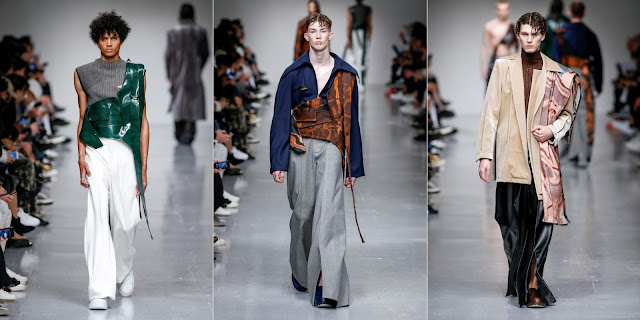 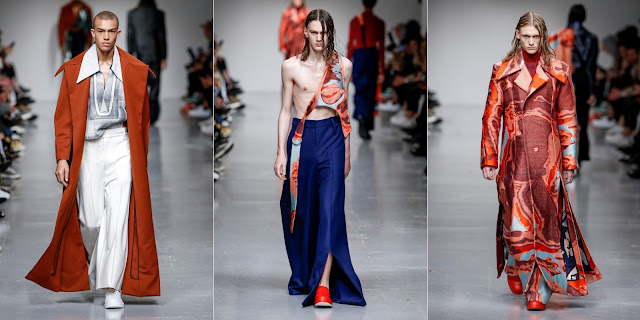