The current creative director of Valentino, Pierpaolo Piccioli met Jun Takahashi of Undercover when Valentino put on its show in Tokyo at the end of last year. And the two hit it off, so much so that they decided to do a joint collection for their respective houses. And thus was born the following fascinating, hybridized, confusing FW '19-'20 collections shown back to back on the schedule at Paris Fashion Week.

With graphics done by Takahashi, the pair (shown as a conjoined V for Valentino and U for Undercover logo) utilized a visual narrative that explores the underground idea that Edgar Allan Poe was a time traveler (this is supposedly supported by the fact that several of his writings seem to have prophetic undertones to events that took place after his death). Pairing Poe's image with a face-obscuring UFO gives the idea a sort of loony-conspiracy theory edge...but the graphic as a whole is compelling. And then down the runway saunters Beethoven on a sweater and an overcoat...the why was continued at the Undercover show immediately following. 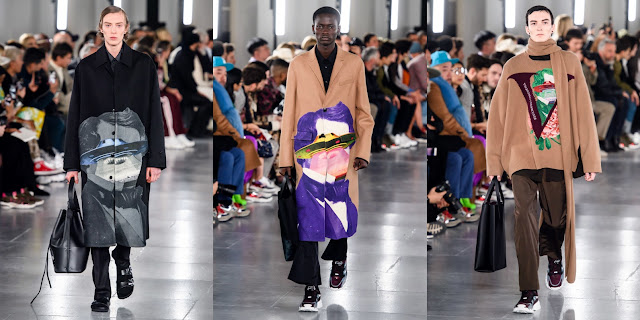 At Undercover, we see how Beethoven crept in. Takahashi was working with the classic Kubrick film "A Clockwork Orange" for inspiration (which KTZ's Marjan Pejoski expertly explored in his '15-'16 Fall-Winter collection here) and Alex, the lead character in the book by Anthony Burgess and subsequent 1971 film (played by Malcolm McDowell), is a rapturous fan of Beethoven. Of course you cannot cite "A Clockwork Orange" without showing the gang aspect and the violence. For the opening of the show, models wore phallic masks reminiscent of the infamous rape scene in the film while Wendy Carlos' original film score played. They also carried laser-pointer canes, an upgrade from the canes Alex and his Droogs carried in the film. In Takahashi's collection, sweaters were branded with words in the Nadsat argot, the future English-Russian hybrid language from "A Clockwork Orange," words like "prestoopnik" (a criminal), "choodessny" (wonderful), "bezoomy" (crazy), and a knit cap appropriately said "mozg" (brain). Some overcoats bore the distinct font from the Milk Bar in the filmed version of "A Clockwork Orange" and finally Beethoven shows up ("the ol' Ludwig Van" as Alex refers to him), again on outerwear. But what I find particularly fascinating about the clothing pieces themselves is that Takahashi managed, much like the fictional hybrid Nadsat English-Russian language, to cross pollinate the futuristic gang clothing from "A Clockwork Orange" with a kind of Medieval-Renaissance-y silhouette that is, dare I say it, somehow Romantic! When you really look at the costume choices from the film, the bowlers and canes did introduce a sartorial anachronism so it feels somehow natural to reference another time period on top of it all! 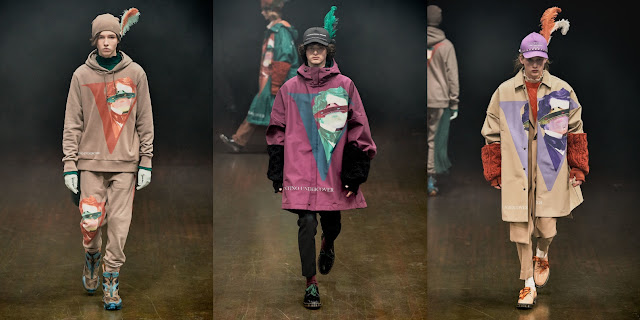 For those who have not seen the Kubrick film, here are some images for comparison: 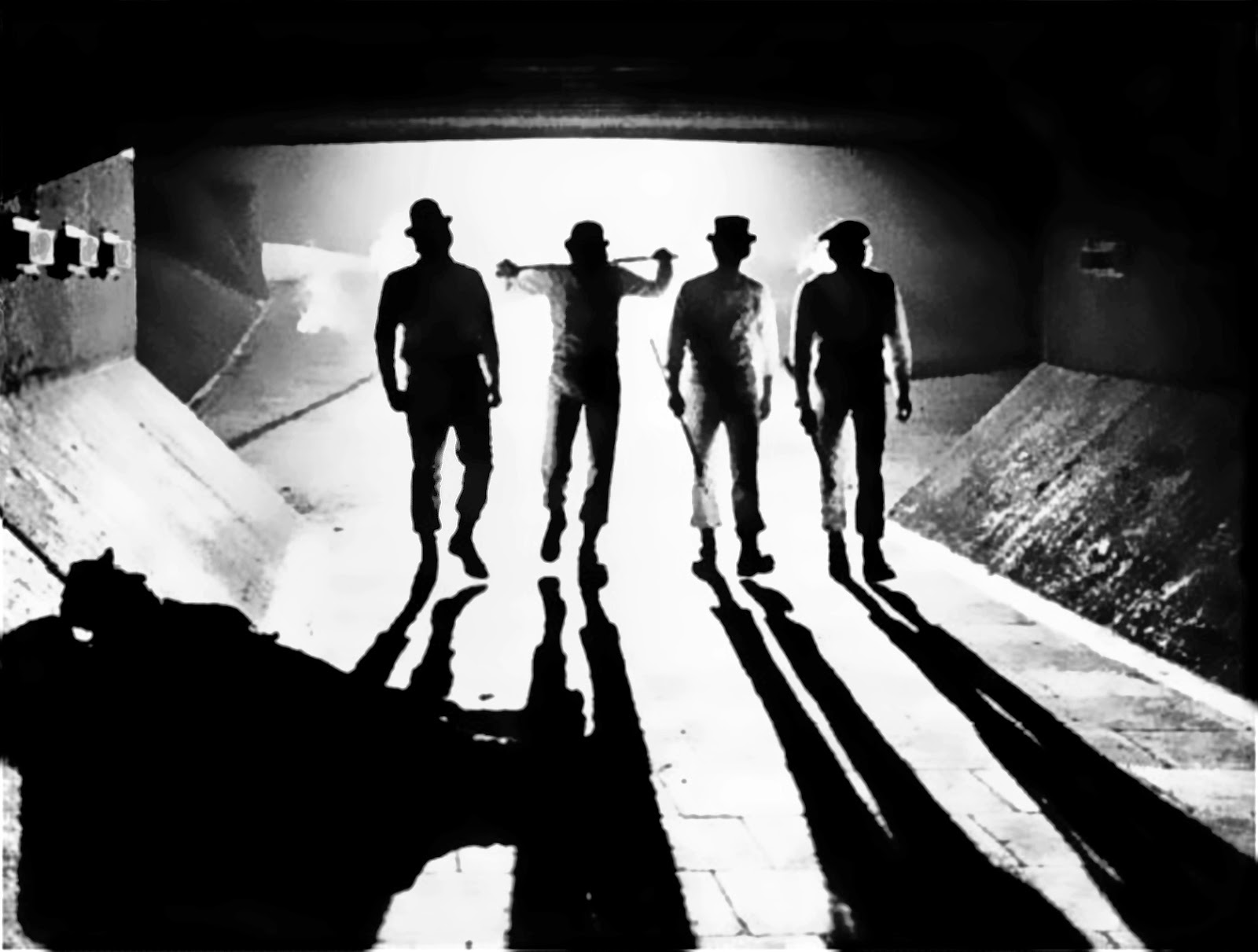 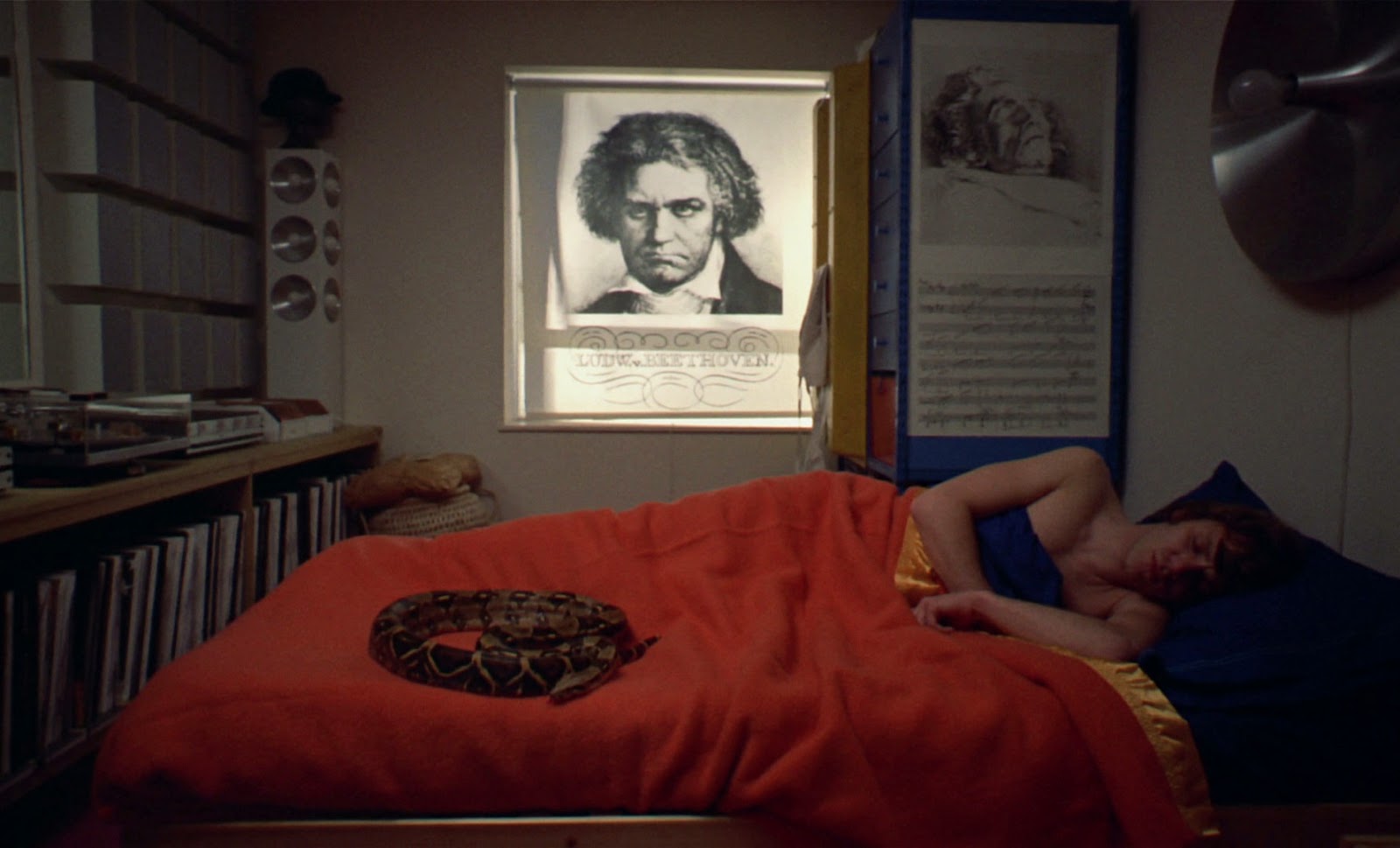 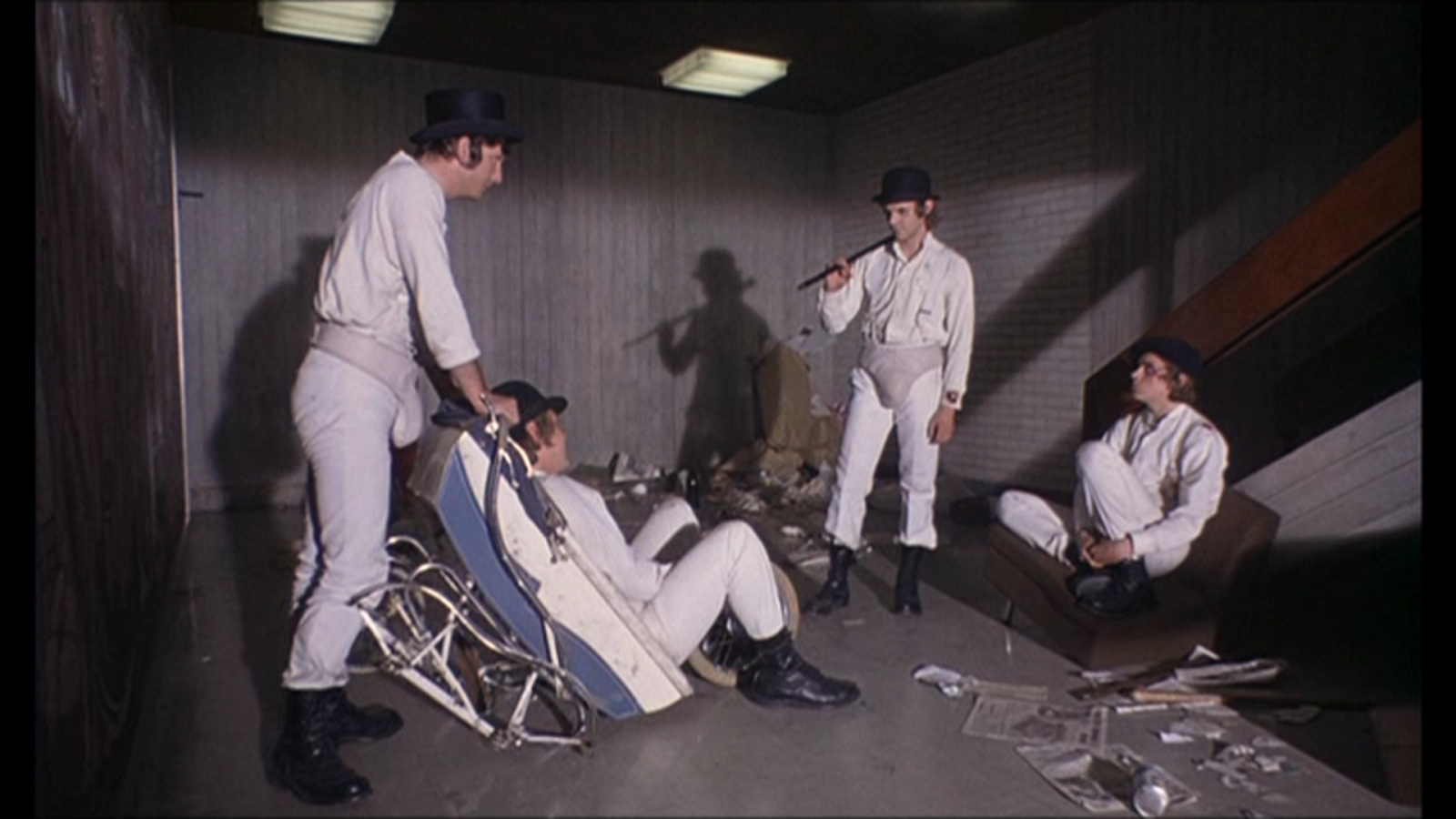 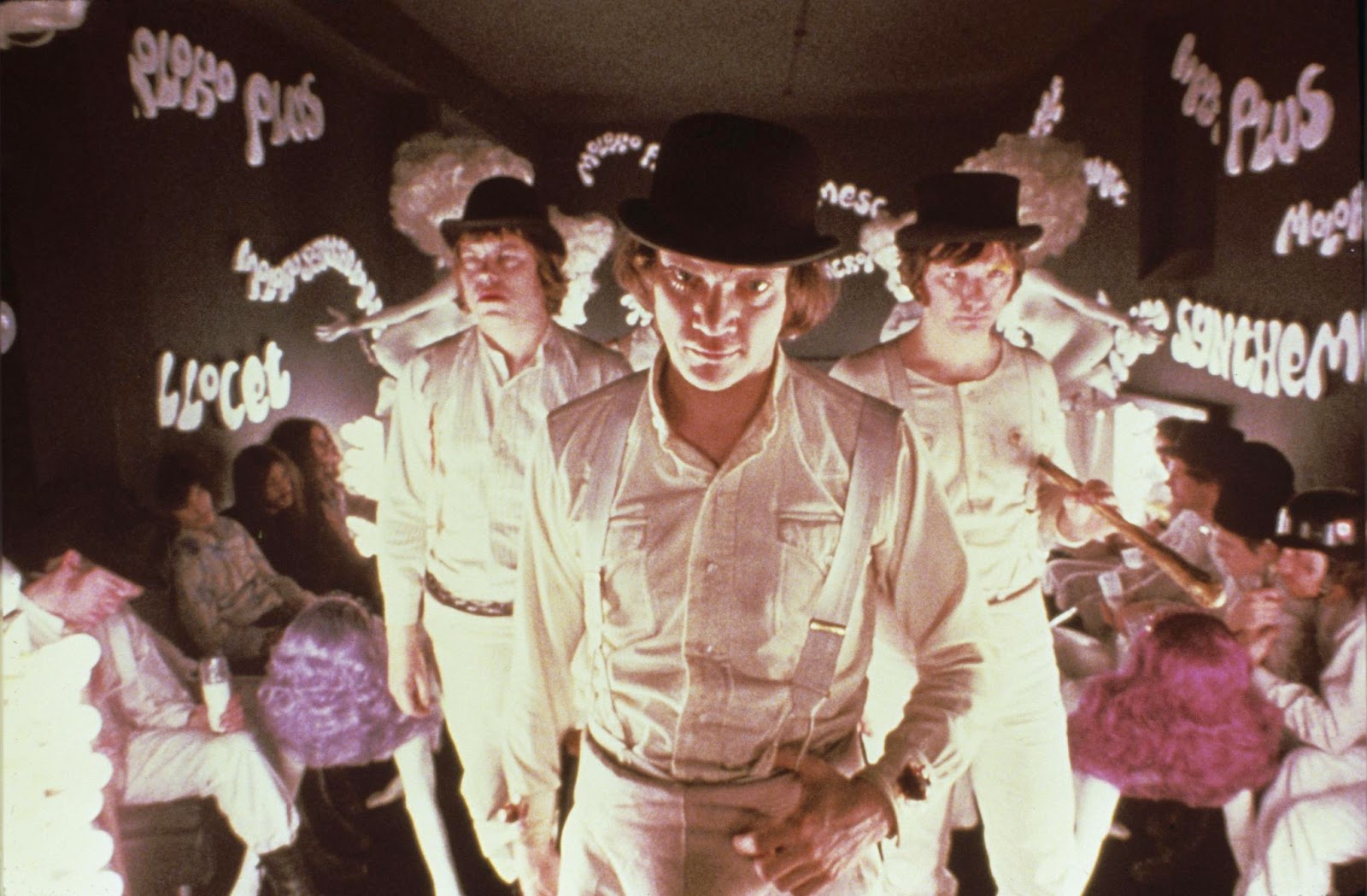 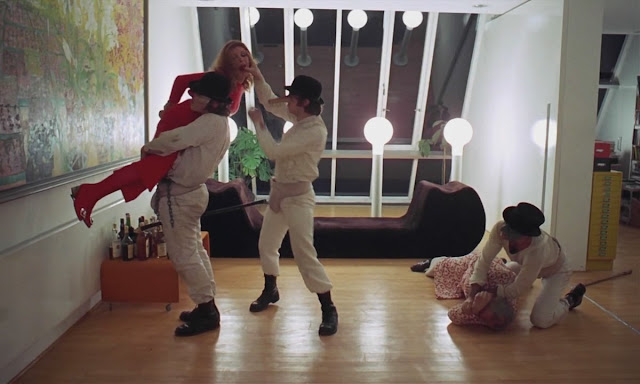