A new restaurant in Lisbon, Portugal is housed inside a stunning, painstakingly restored, ancient palace. Palácio Chiado boasts six restaurants featuring seven different, distinct types of cuisine (including a tapas bar, and a charcuterie with meat and cheese pairings), two Bars (the Dawn Bar and the Junot bar), and a pastry shop! The website explains:

Once upon a time there was an elegant Palace, built in 1781, where the aristocracy and bons vivants danced, enjoyed lavish banquets and admired new works of art. A different Palace, with its graceful architecture and its history and experience, that hosted a number of irreverent figures associated with curious expressions in Portuguese, such as “farrobodó” and “à grande e à francesa”.

Quintela Palace has been reborn in the hands of three partners who realised that it was a unique business opportunity, where they could develop an original concept never before attempted in the capital. It was a challenging and lengthy project due to a number of conditioning factors, taking more than a year and a half to be completed, supported by excellent partnerships.
The first priority was to restore the paintwork and stained glass, maintaining the original characteristics, remaining true to the palace’s historical past. The architect, Frederico Valsassina, conceived a design in which classical and modern are harmoniously combined. The decoration was designed by the architect Catarina Cabral, who sought pieces in a restrained and timeless style to be integrated into the atmosphere of the palace without overwhelming the grandeur of its details and frescos.

Renovation is the key-word when talking about Palácio Chiado. In September of 2018, Palácio Chiado goes under a few refurbishment works and reopens in October, with new gastronomic concepts, albeit with the same diversity and originality it has always had. With exquisite gastronomic and artistic curatorships, this is the FOOD & ART spot of Lisbon.

After you ogle the flying lion, take a look at the video at the bottom for a peek at the extensive renovation process! 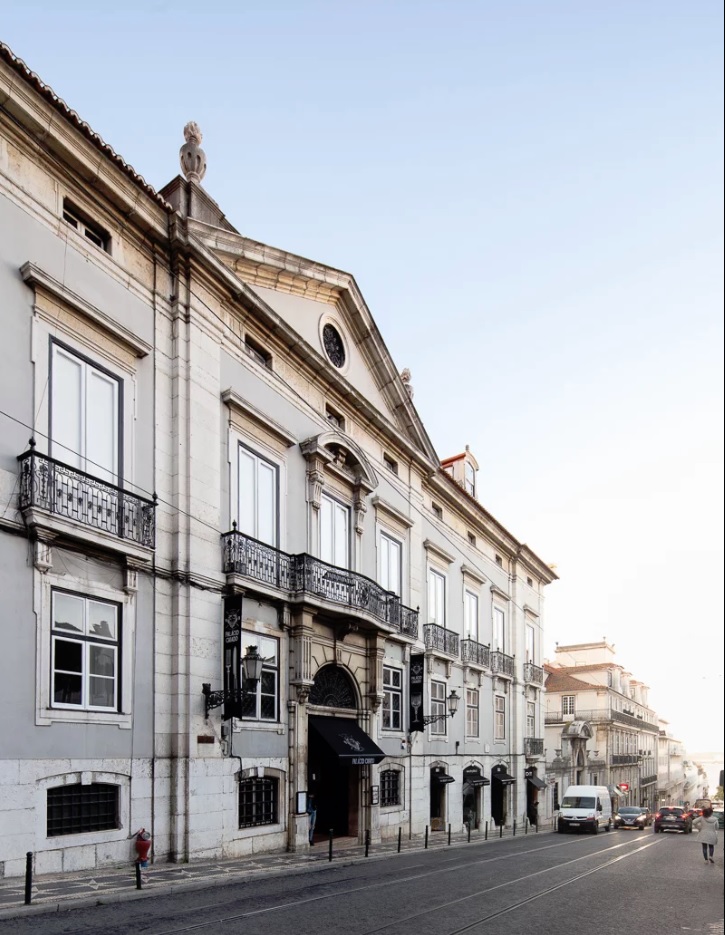 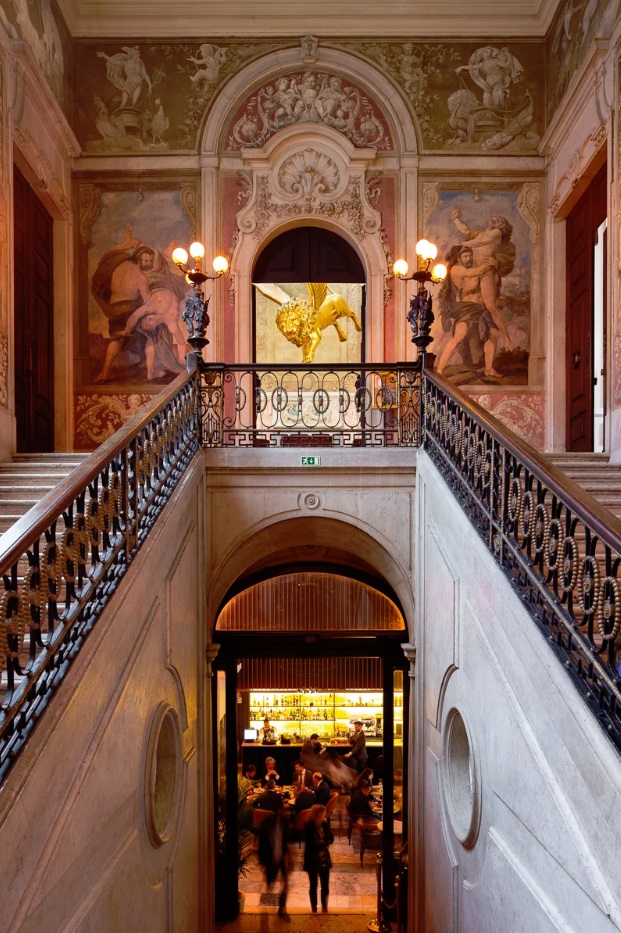 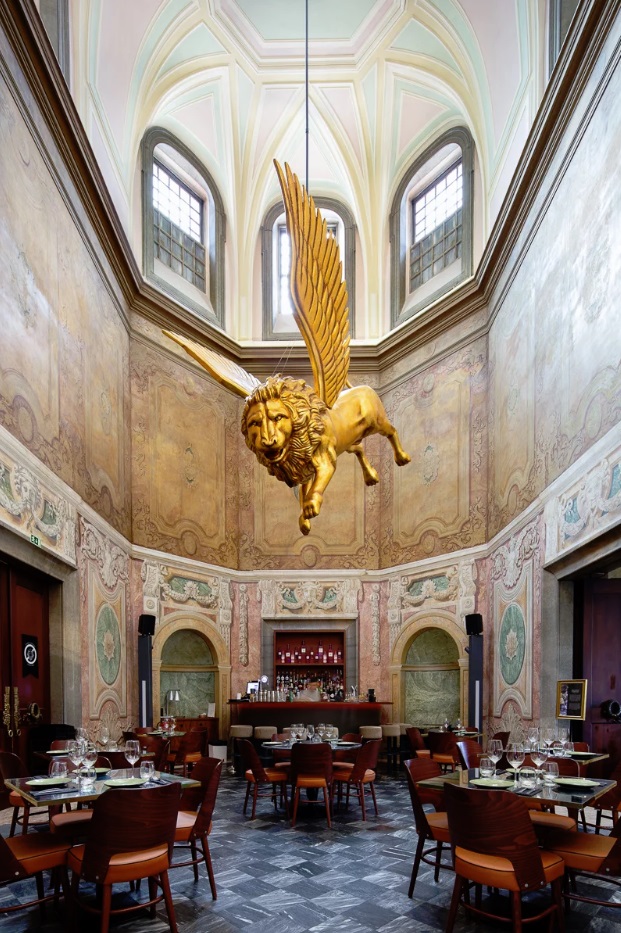 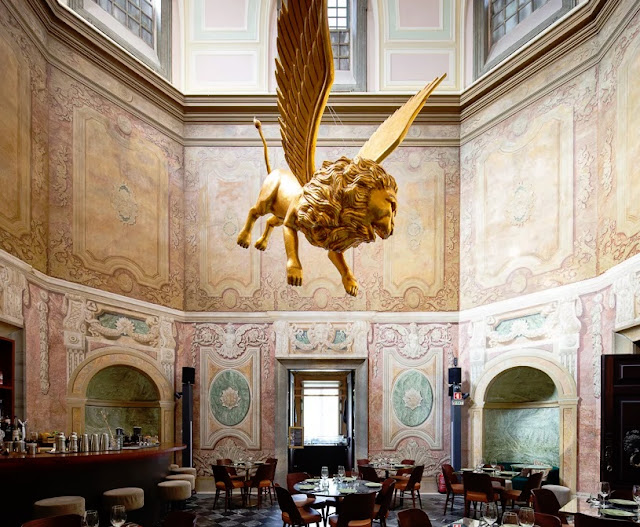 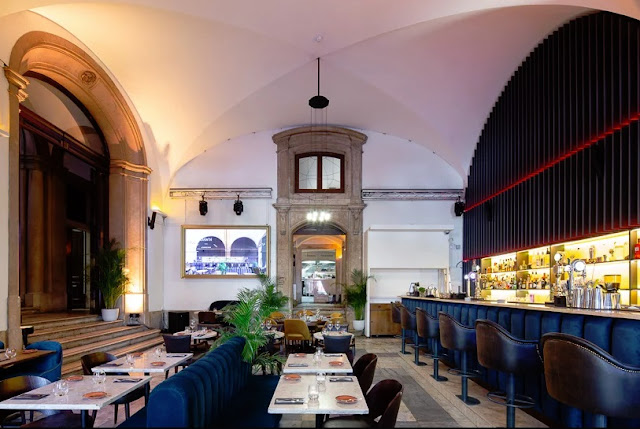 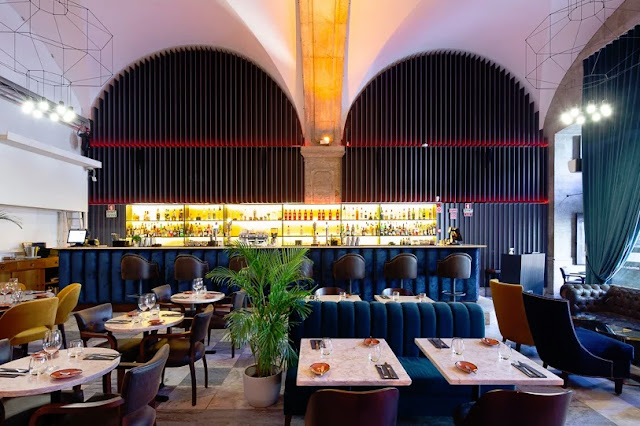 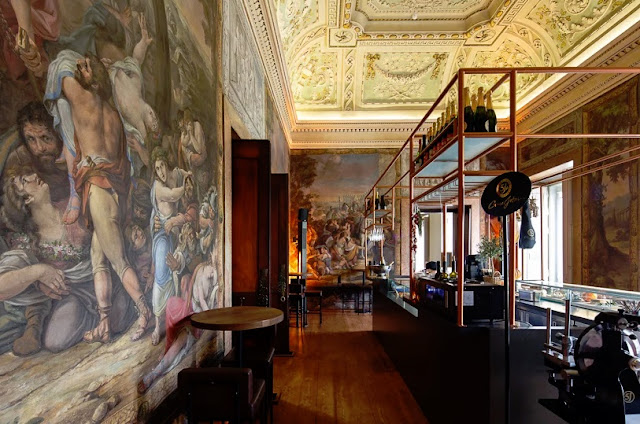 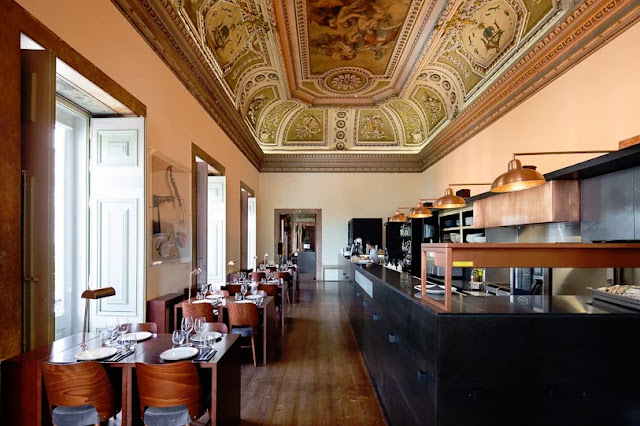 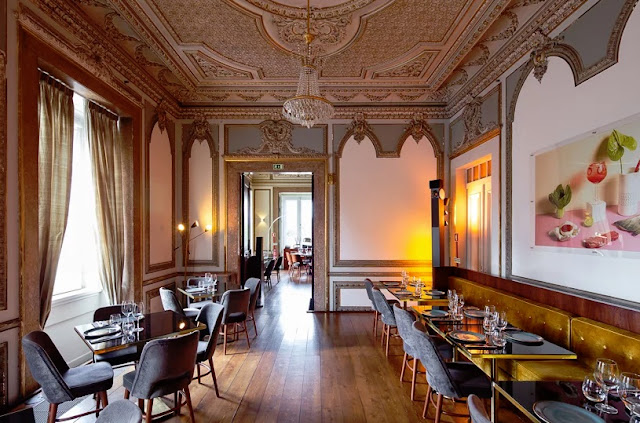 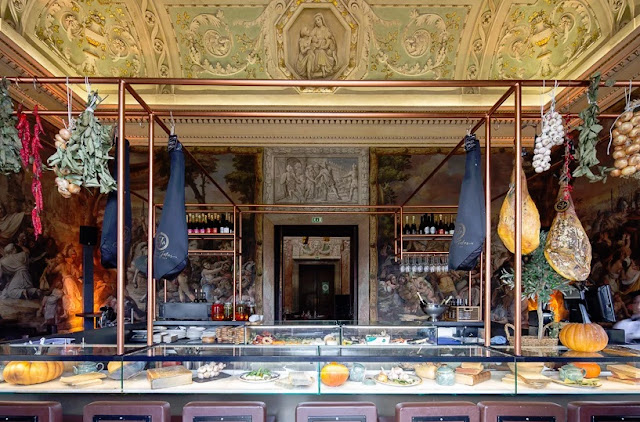 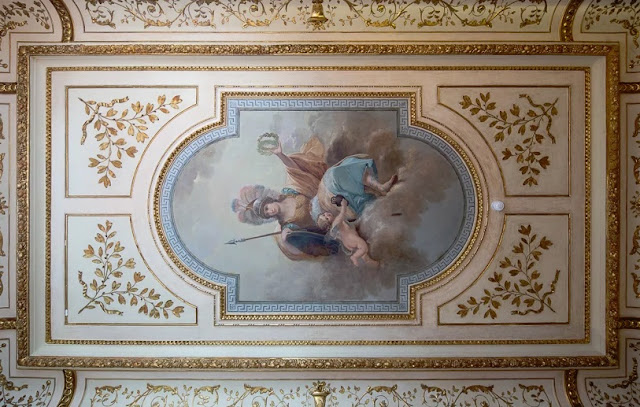