If you are in a Super Tuesday state like I am, PLEASE, FOR THE SAKE OF OUR DEMOCRACY, VOTE! 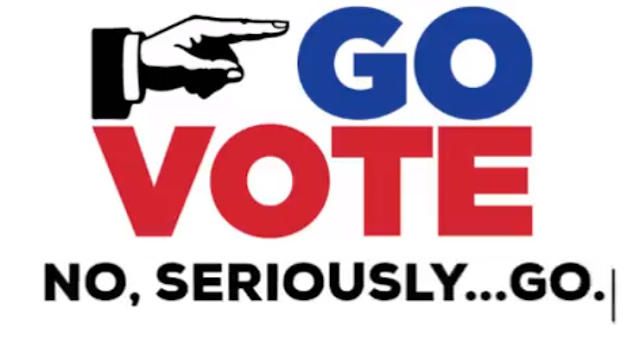 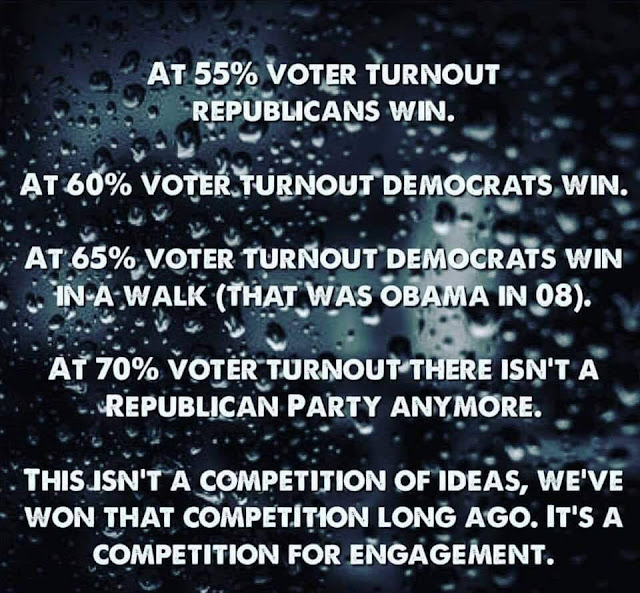 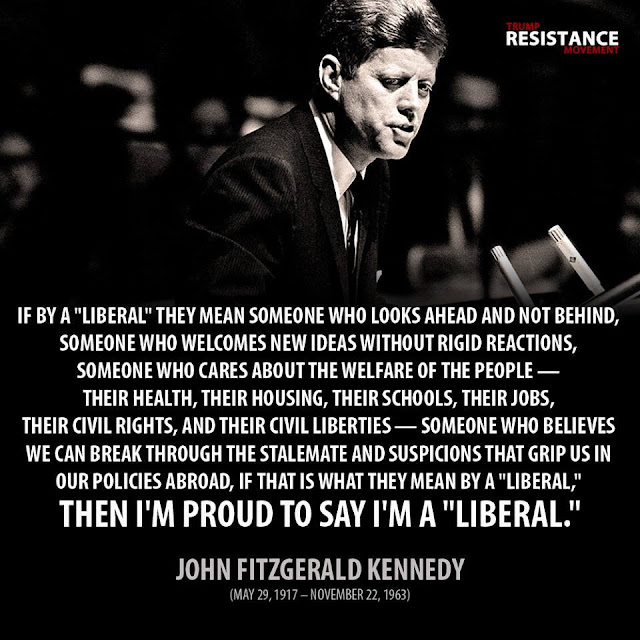 "What do our opponents mean when they apply to us the label, 'Liberal'? If by 'Liberal' they mean, as they want people to believe, someone who is soft in his policies abroad, who is against local government, and who is unconcerned with the taxpayer's dollar, then the record of this party and its members demonstrate that we are not that kind of 'Liberal.' But, if by a 'Liberal,' they mean someone who looks ahead and not behind, someone who welcomes new ideas without rigid reactions, someone who cares about the welfare of the people - their health, their housing, their schools, their jobs, their civil rights, and their civil liberties - someone who believes that we can break through the stalemate and suspicions that grip us in our policies abroad, if that is what they mean by a 'Liberal,' then I'm proud to say that I'm a 'Liberal.' [Applause.]

But first, I would like to say what I understand the word, 'Liberal,' to mean and explain in the process why I consider myself to be a 'Liberal,' and what it means in the presidential election of 1960.

I believe also in the United States of America, in the promise that it contains and has contained throughout our history of producing a society so abundant and creative and so free and responsible that it cannot only fulfill the aspirations of its citizens, but serve equally well as a beacon for all mankind. I do not believe in a super state. I see no magic to tax dollars which are sent to Washington and then returned. I abhor the waste and incompetence of large-scale Federal bureaucracies in this administration, as well as in others. I do not favor state compulsion when voluntary individual effort can do the job and do it well. But I believe in a government which acts, which exercises its full powers and its full responsibilities. Government is an art and a precious obligation; and when it has a job to do, I believe it should do it. And this requires not only great ends but that we propose concrete means of achieving them.

Our responsibility is not discharged by an announcement of virtuous ends. Our responsibility is to achieve these objectives with social invention, with political skill, and executive vigor. I believe for these reasons, that liberalism is our best and our only hope in the world today. [Applause.] For the liberal society is a free society, and it is at the same time and for that reason a strong society. Its strength is drawn from the will of free people committed to great ends and peacefully striving to meet them. Only liberalism, in short, can repair our national power, restore our national purpose, and liberate our national energies. And the only basic issue in the 1960 presidential campaign is whether our Government will fall in a conservative rut and die there, or whether we will move ahead in the liberal spirit of daring, of breaking new ground, of doing in our generation what Woodrow Wilson and Franklin Roosevelt and Harry Truman and Adlai Stevenson did in their time of influence and responsibility."

For the complete speech, follow this link to the John F. Kennedy Presidential Library and Museum:

https://www.jfklibrary.org/Research/Research-Aids/JFK-Speeches/Liberal-Party-Nomination-NYC_19600914.aspx
Posted by Jeff at 7:00 AM