For many seasons, Marjan Pejoski, KTZ's Creative Director, has been obsessed with North Africa and the Middle East not so much for what each of those individual regional identities manifest but for the graphic representations the cultures from these areas create. He has explored Islamic geometric abstracts, Bedouin imagery including the "Hand of Fatima," and Berber embroidery. Despite the intricate nature of these graphics, or perhaps because of them, Pejoski manages to make his collections explode with a modern sensibility, an urban ferocity that seems like it belongs in a sci-fi film about a future society, or perhaps even an alien society on another planet (previously here).

So it is interesting to see the designer leave his familiar region and move on to explore another culture, this one not so much remote in region as remote in time. An interest in Classical Greece seems natural for a man with an interest in strong graphic design (and, it bears noting, he is Macedonian). So for his Spring/Summer '15 collection at London Collections: Men, strong, heavy imagery from Greek vases and friezes were woven into pieces that sported designs suggesting architectural details of Trojan temples. Jewelry incorporated gold coins or large reliefs of classical busts, brims of hats became Corinthian helmets, platform shoes were grafted onto Greek sandals, and caps sported gold wings like Hermes, the messenger of the gods. Pejoski usually works in a very limited color palette (neutrals like black, white, tan) but it seemed only natural to incorporate, delightfully so, the bright terra cotta orange of red figure pottery from Athens that was created between the beginning of the sixth and the end of the fourth centuries B.C.E.

I love how the breastplate is not meant to be armor, nor is it a take on Issey Miyake's breastplate (a sleek, stylized female plate in automotive acrylic with a peplum!): it is white, and clearly meant to be the white marble torso of a statue! 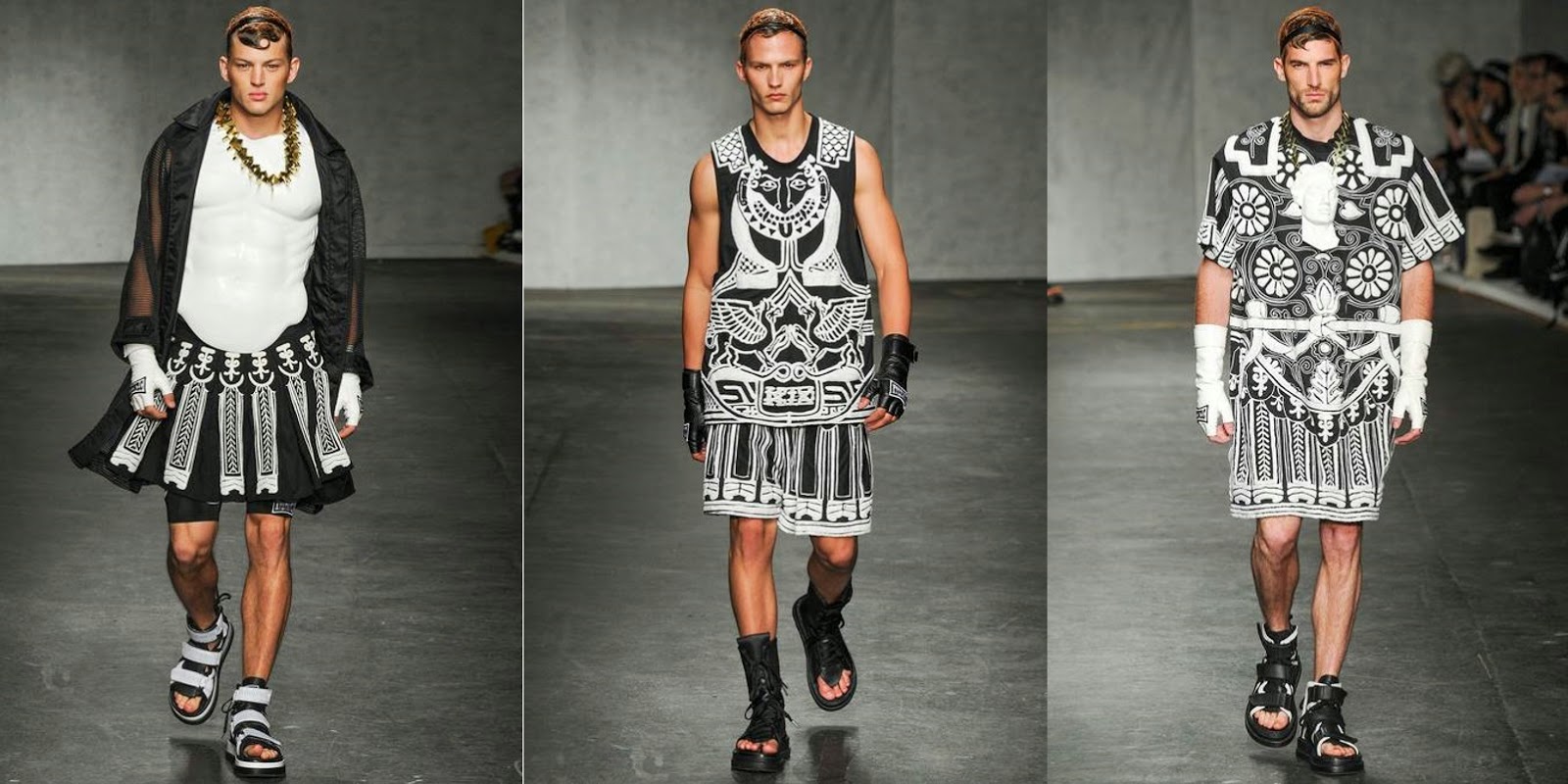 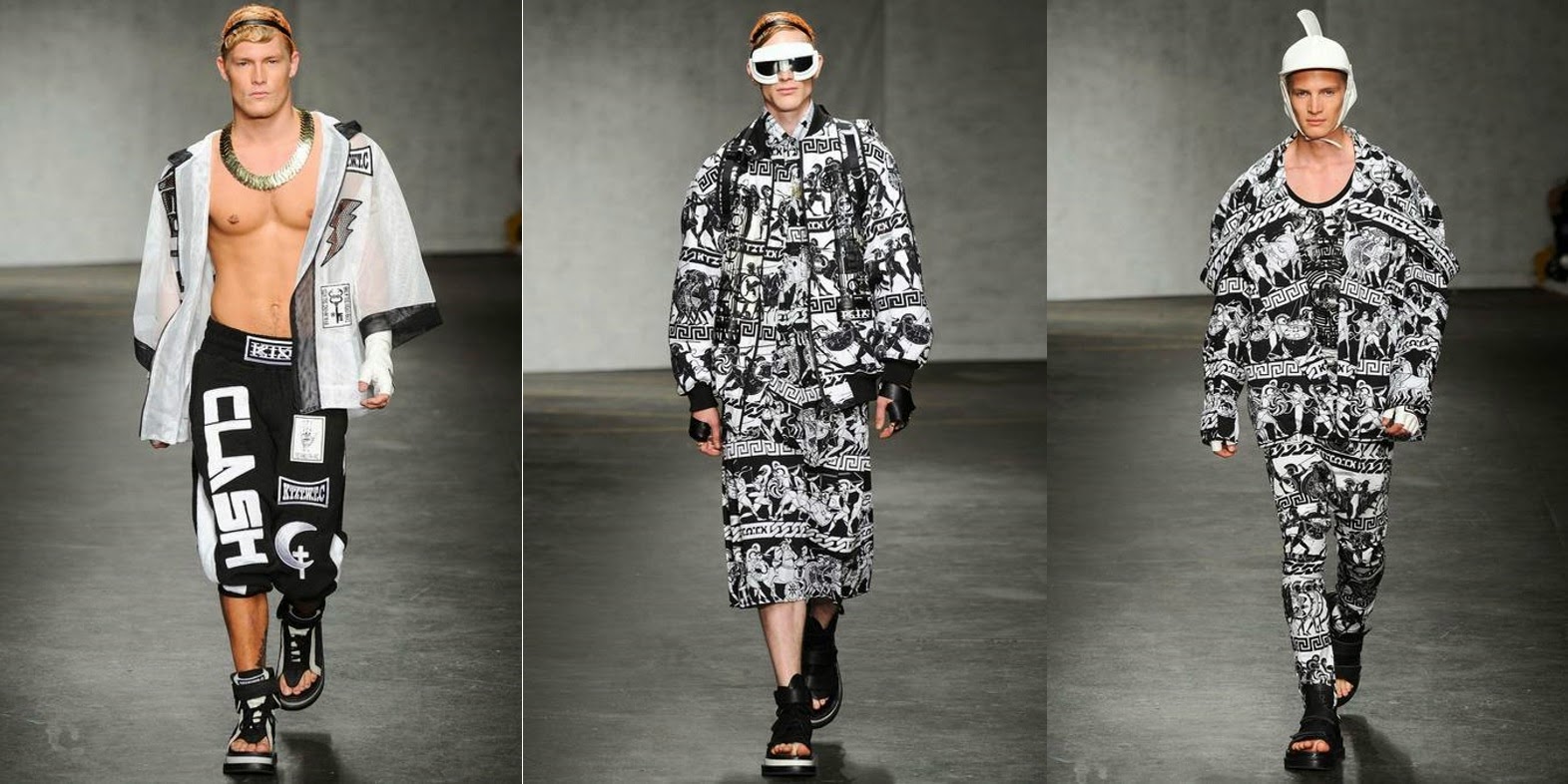