For his FW '19-'20 collection at Paris Fashion Week, Thom Browne once again used traditional menswear as a springboard to a very philosophical performance art piece. In the past, Browne has played with the idea of an ensemble at different stages of time. See his amazing FW '16-'17 collection here: set in the aftermath the Great Depression, members of a gentleman's club returned to their former meeting place to reflect and remember. Each look came out in three different forms: 1) a Depression-ravaged, dusty, threadbare version, 2) a slightly worn version, and 3) a pristine, crisp, new version, which taken together, represented a journey back in time for these men, a journey back to before the Depression, when things were younger, cleaner, newer. He has also played with ensembles at different stages of physical reality...in physics, you can only know the speed or position of a particle but not both! For his Fall-Winter '17-'18 show here, Browne sent out outfits again in groupings of three: the first a sort of Frankenstein-esque iteration where the components of each garment were exaggerated like sleeves trailing the floor; the second iteration contained the kernel of reality, the actual suit; and the third contained a two-dimensional representation, almost Cubist in nature, in which the components of each ensemble were exploded away from each other and presented in a flat perspective.

So for his current FW '19-'20 show at Paris Fashion Week, he opened the show with a procession of models wearing bubble wrap followed by a colorless version, a template if you will, of what was about to unfold. 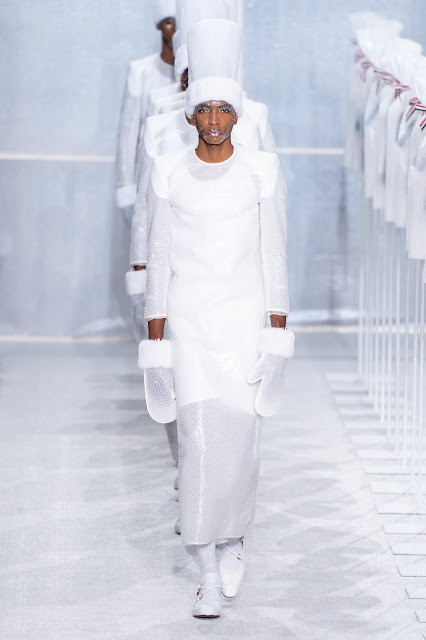 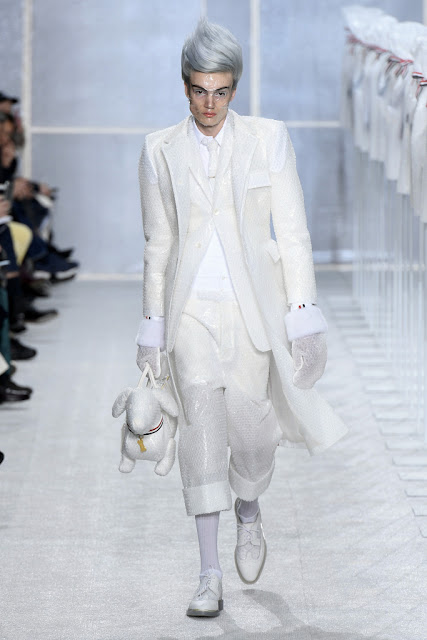 And here we have the magic triad again (there is something both off-kilter and satisfying at the same time about using groups of three). 1) The actual core outfit, made up of suiting separates including Browne's short trousers (now in a wide leg!), handsome coats and jackets, and an occasional skirt (not a kilt!). 2) The exact same outfit but instead of made up of individual pieces, the pieces were printed, in a trompe l'oeil effect, onto a sheath dress, so the result looked the same but was in actuality a single garment. 3) Once again, we have the idea of an outfit being exploded into parts but here they are stitched back together in whatever random order they fell, creating something not male, not female...

Even though Browne has been showing men in skirts and dresses, albeit in a menswear vernacular, for years, he spoke about the deepening concept in this show: "I think almost a feminine womenswear approach is interesting for guys nowadays. It was interesting for me because the shape of the jackets and the corsetry underneath it look really, really good . . . and I love the idea of all of the pieces coming into a trompe l’oeil dress. And I love the idea of guys wearing dresses. I think it’s an interesting time, that guys are really open to so much more right now." 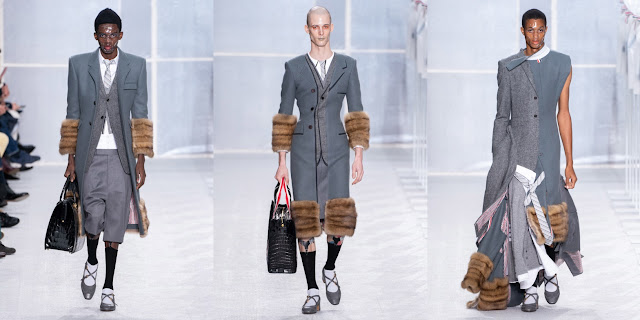 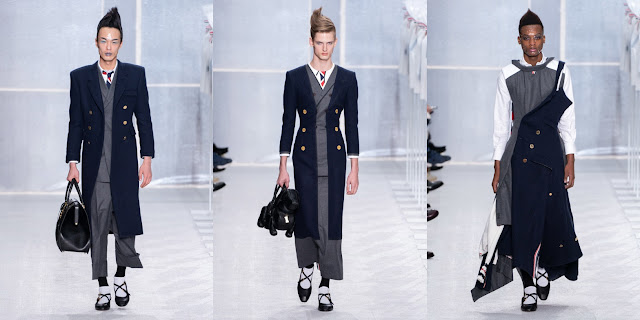 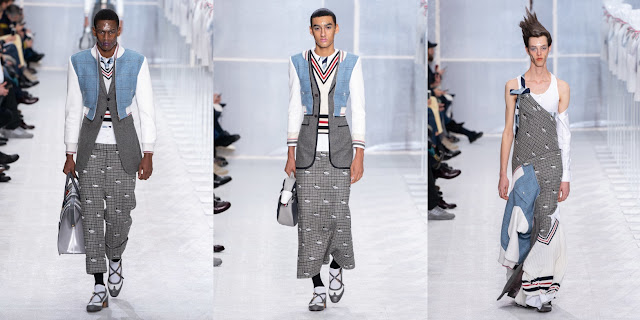 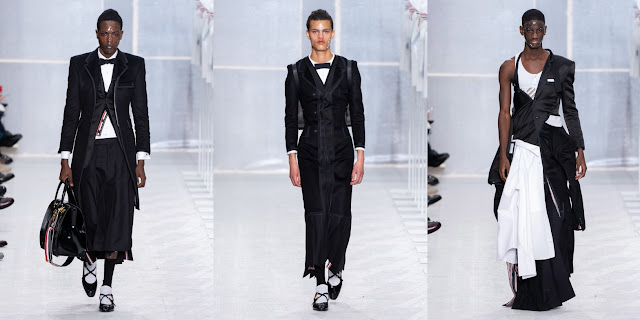 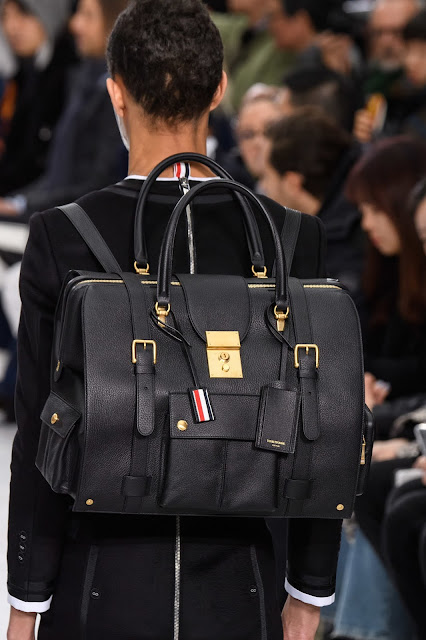 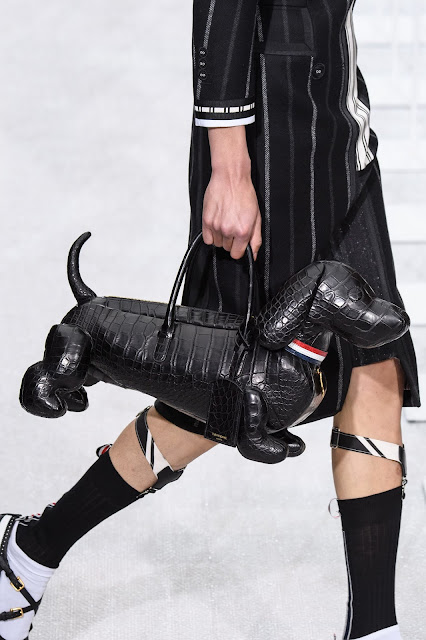 https://www.thombrowne.com
Posted by Jeff at 1:00 PM