The Miniature Apocalyptic Worlds of Nix and Gerber

I am amazed at the miniature worlds made by Lori Nix and Kathleen Gerber.

These were all made pre-virus, but these abandoned businesses have a special, eerie poignancy now.

Artist statement:
"I don’t really have a death wish, it just seems that way. For the last eight years my photographs have highlighted a fictional urban landscape ‘after’. An aquarium after a flood, a church after a fire, a beauty parlor after…who knows what. Mankind is gone and what remains are vacant fragments of buildings, a few slowly being reclaimed by nature. These photos began their lives as complex dioramas sculpted out of foam board, paint, plaster and wood. Built in great detail from scratch, the dioramas reflect their previous inhabitants’ daily lives.

As an artist, I have always taken inspiration from my surroundings. I grew up in the 1970’s in rural western Kansas. Every season brought with it a new disaster or weather phenomenon. As a child I personally experienced tornados, floods, blizzards and drought. I was never scared or upset by them because I had my parents to worry about the implications. Rather, these events brought excitement to a life that by most people’s standards was quite dull. I also grew up on steady diet of 1970’s television and cinema. Saturday night meant the Carroll Burnett Show, popcorn and a can of coke. My small Kansas town of Norton, population 3500, had a single movie house that ran Disney features on Saturday afternoon, and in the evenings it showed the genre that was popular at the time, dystopian cinema. It was in this small movie house reeking of popcorn and sticky floors that I was mesmerized by movies such as Planet of the Apes, Towering Inferno, Earthquake, and Airport‘76. As a six year old viewing these kinds of movies, I believe it had a profound effect on the art I create today. My work to date can be described as disaster mixed with subtle humor.

I began “The City” series after moving to New York in 1999. Surrounded by great architecture, skyscrapers, and bridges, the urban landscape couldn’t help but find its way into my work. Still a fan of dystopian entertainment, think Blade Runner, Alien, The Hunger Games, etc, my current series is a mashup of my new urban life and a look towards an apocalyptic future. “The City” imagines what New York City and Brooklyn would look like if suddenly mankind had disappeared." 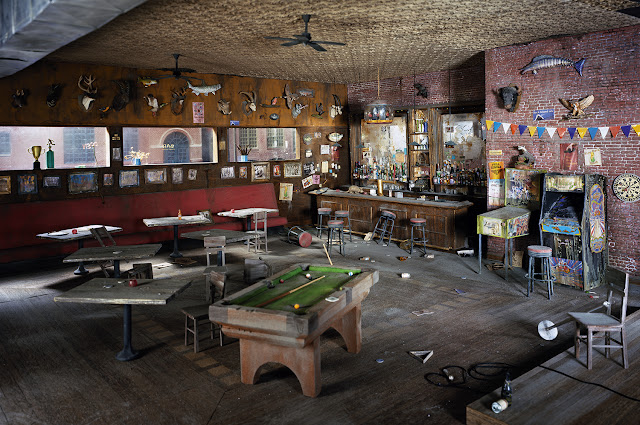 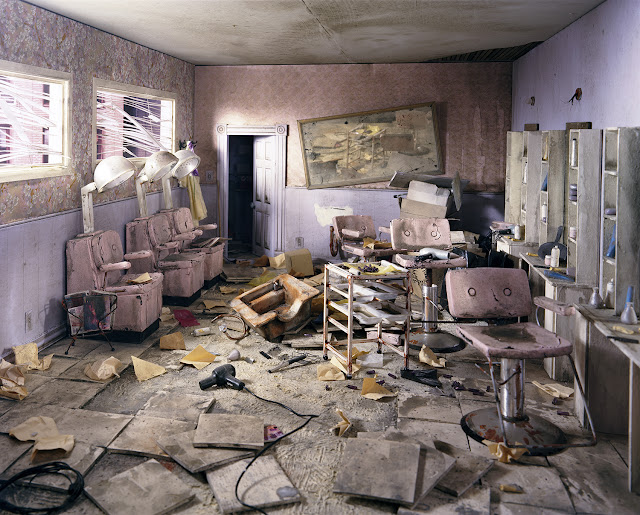 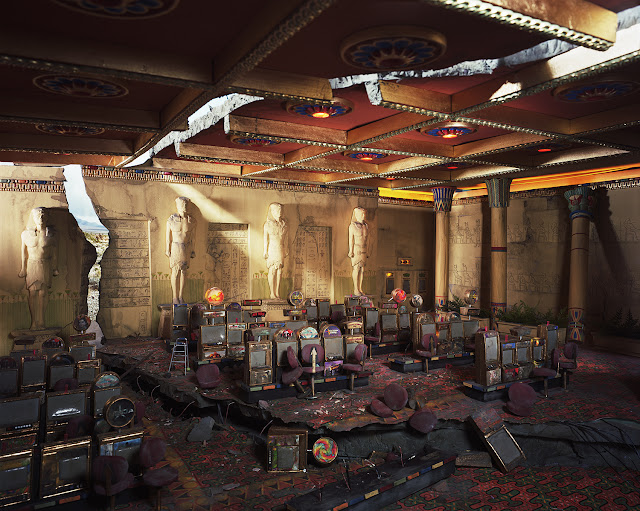 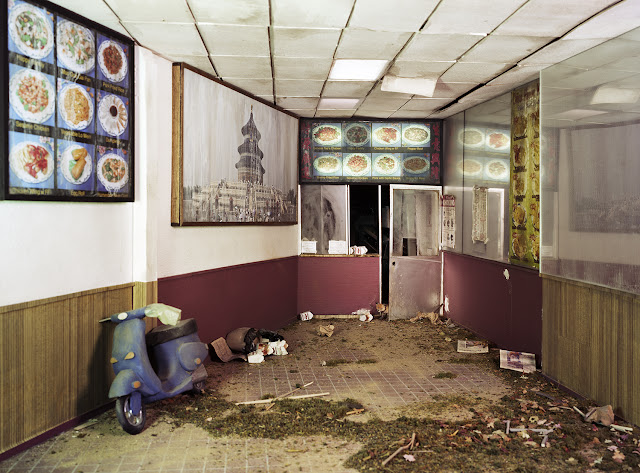 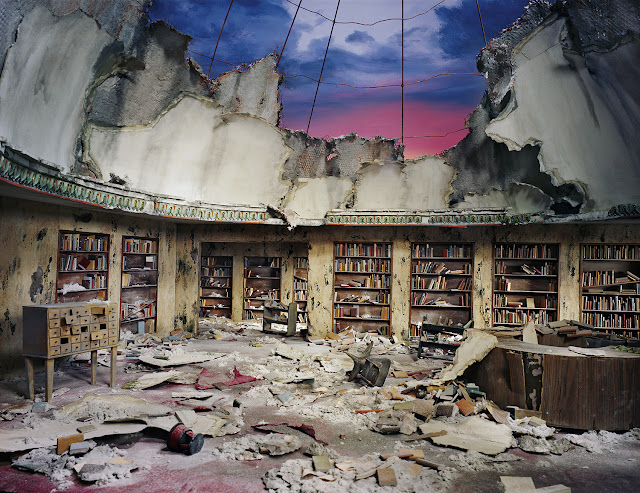 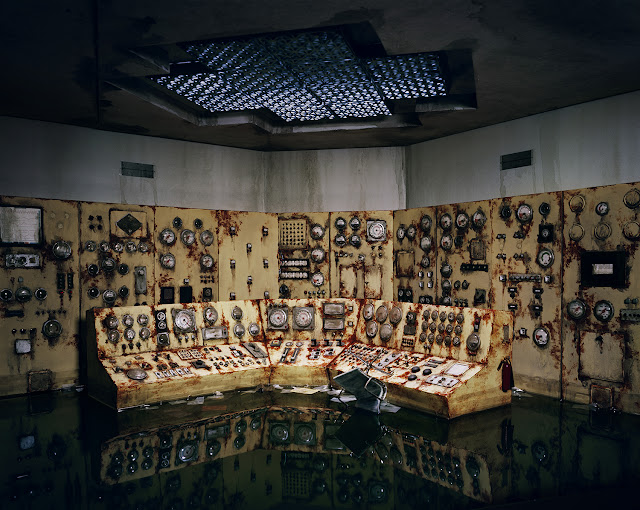 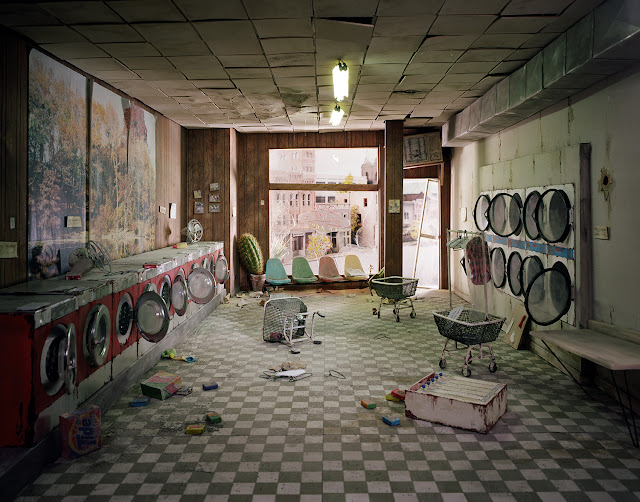 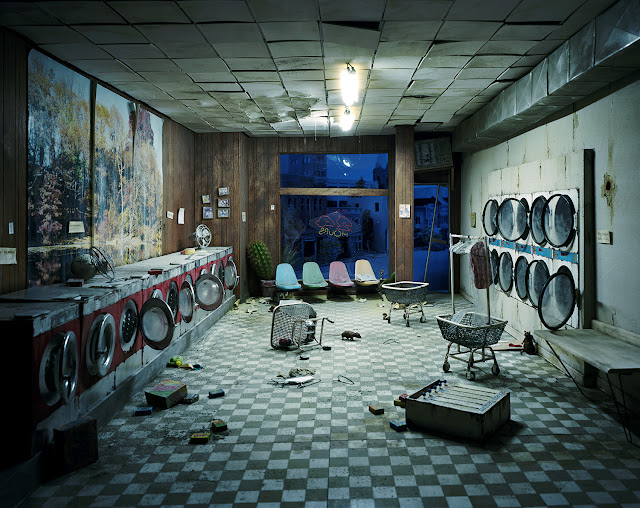 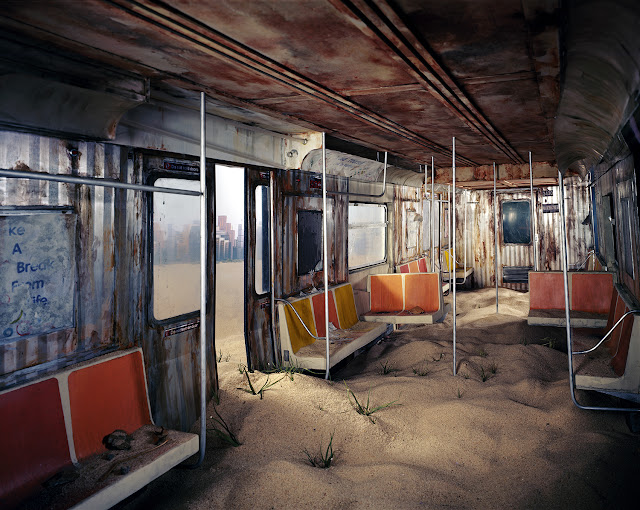 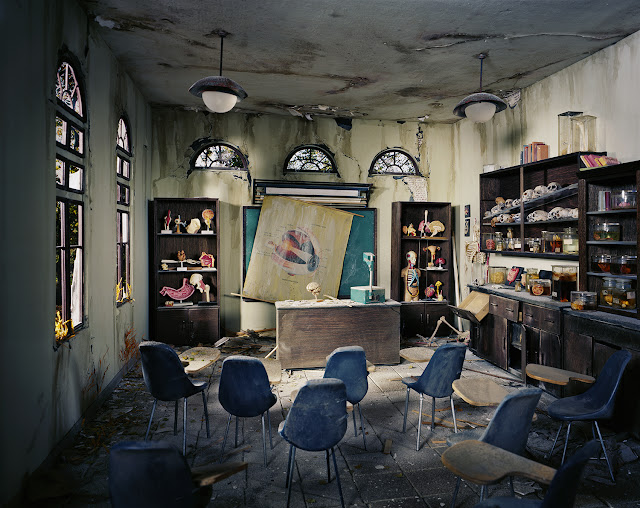