In an interview with Textile Artist website, she said, "I’m Belgian, and the country has a long tradition of textile production and textile art….woven tapestries etc. I have always made things in fabric, knitted and sewn my clothes.

However, this more recent story all started when I inherited a cupboard full of needle points when my mother-in-law died. I realised she had not entirely finished any of them. That intrigued me, it said something about her that I didn’t know. She always seemed so perfect. I had never been interested in needlepoint because I don’t like following a pattern, but I couldn’t throw these away.

I started filling in the blank holes she had left in the very traditional needlepoints of Victorian roses, with my own lurid colours, geometric patterns and words. I liked the result a great deal and found it an interesting way of working. Later on, I started reworking found tapestries, by unpicking and re-stitching them, embroidering on top...

I am interested in the way needlepoint somehow resembles digital pixelation…it’s so hard to do an accurate face in needlepoint portrait, it’s really like an impressionist technique.

I am also interested in the kitsch aspect of needlepoints, particularly of iconic masterpieces of art. I slowly developed my own voice while unpicking and sewing the works. I love the conceptual and subversive approach to something seen as a demure, domestic female expression. The laborious process in itself seems to me like a rebellion to our world where time is money...

It questions art history, why are certain works masterpieces, and others not. It looks at how male masters portray female nudes, women in their space, and then somehow women doing a needlepoint of it fixes the image of themselves but seen by a man. It’s a form of accepting the roles given to them throughout history.

Stitching is both subservient and rebellious, I like that." 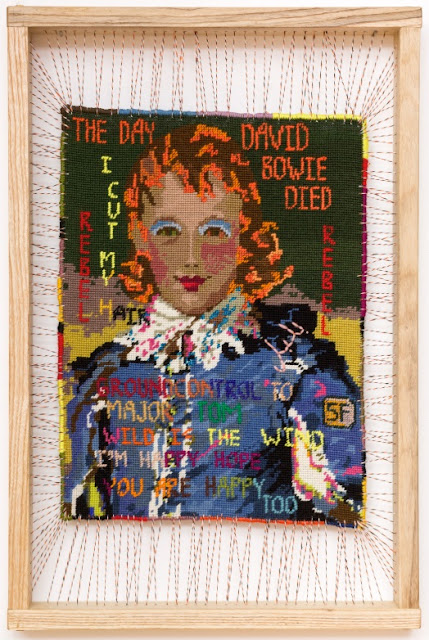 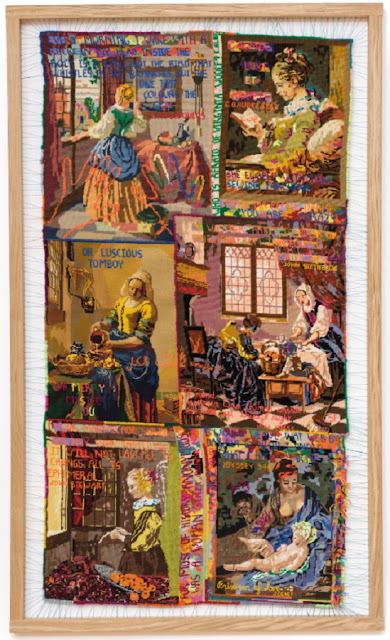 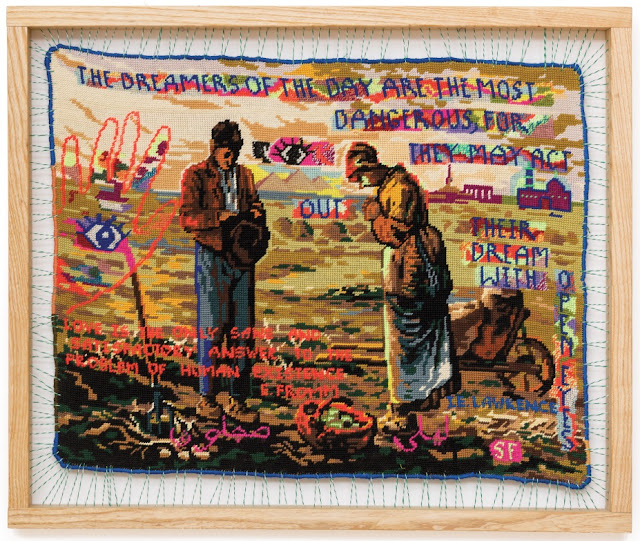 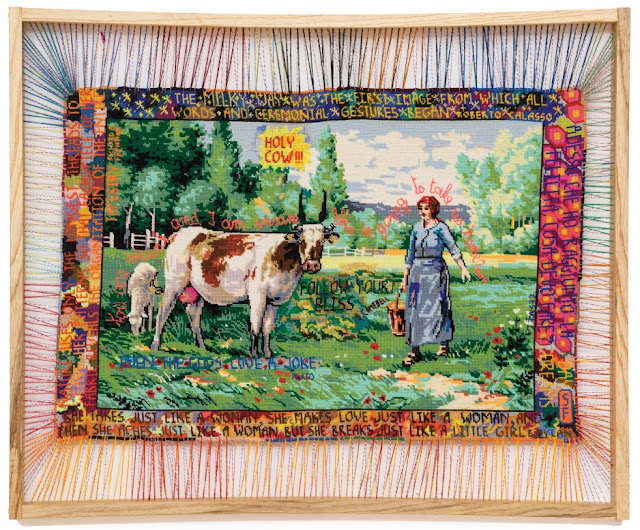 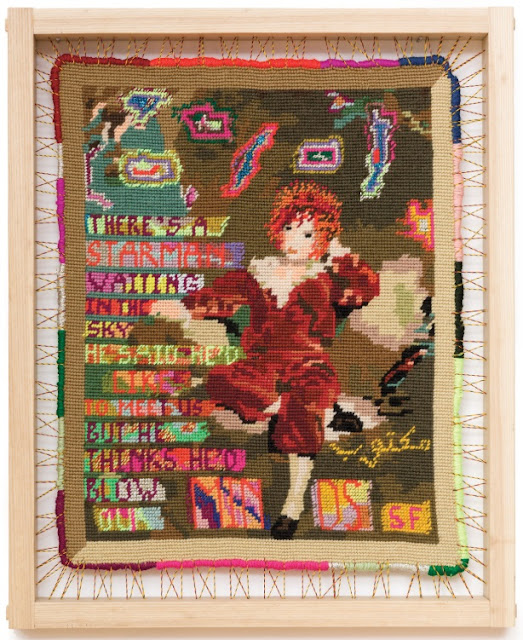 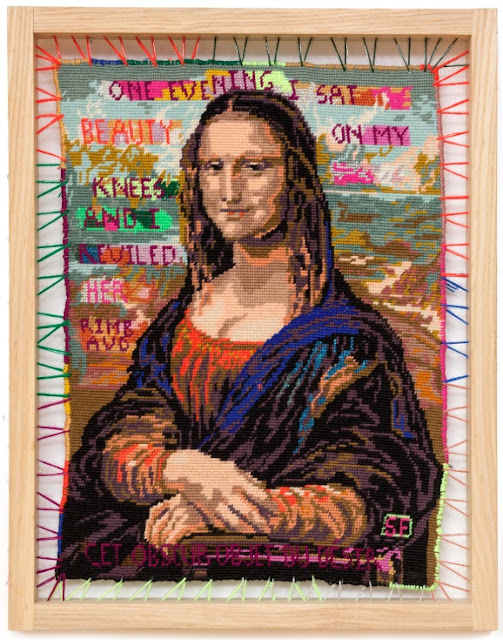 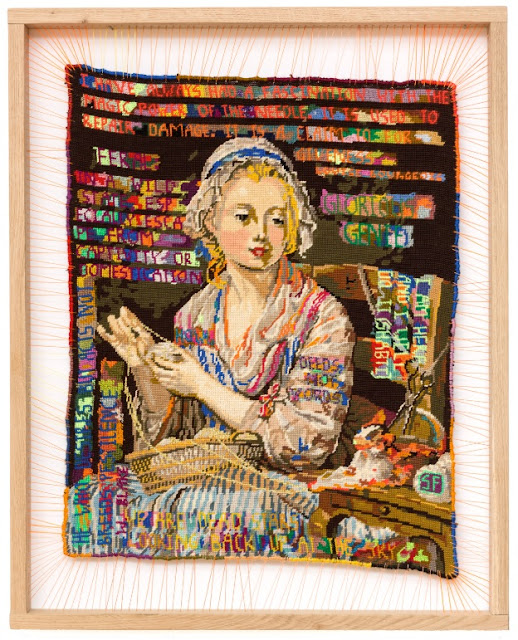 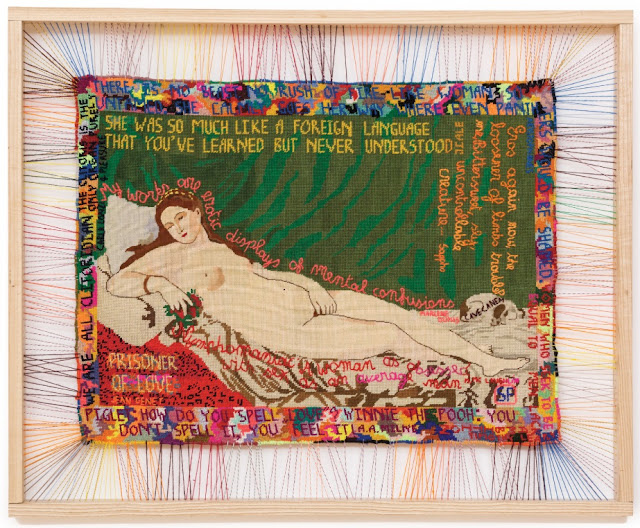 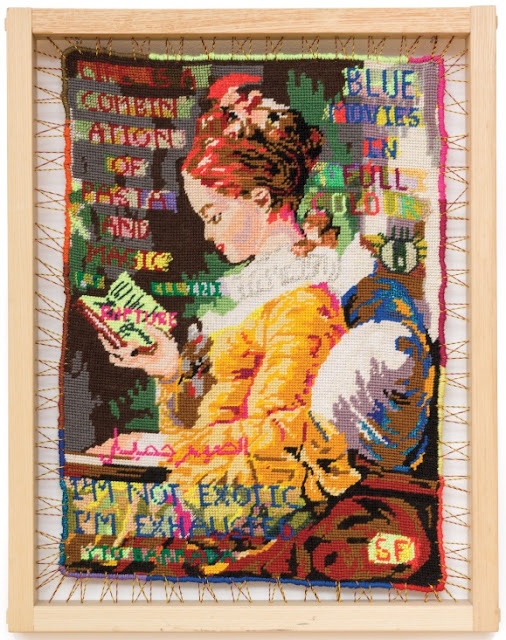 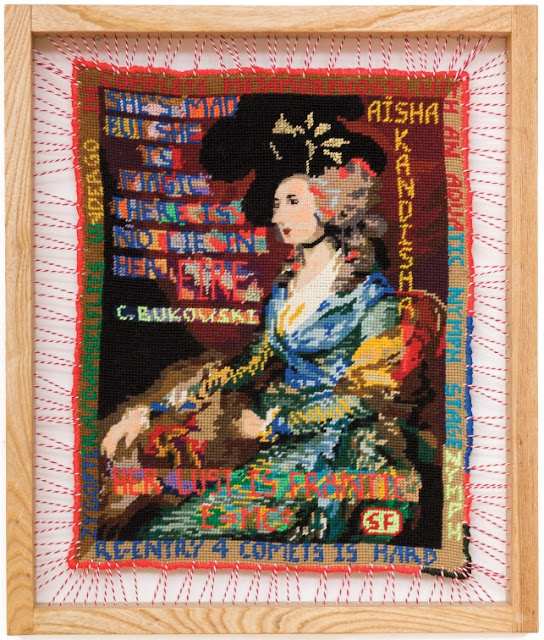 Top to bottom: 11 January, 2016; A Room Not So Of One's Own; Call To A Prayer; Holy Cow!!!!!!!!!!; It's Written, It's Fate; La Grand Bellezza; Oh no honey, I'm an angel, I swear; Prisoner of Love; Rapture Means Being Taken Into The Clouds; She famously fainted when She the Elgin Marbles