Keith Haring was born on May 4,1958. As part of the growing downtown art scene in Manhattan in the early 80s (he hung out with the also-up-and-coming Jean-Michel Basquiat and Basquiat's then-girlfriend, an ambitious wanna-be singer by the name of Madonna), Haring developed his own unique "graffiti" style of art. He started with quick sketches in the New York subway on blank black advertising niches (I spent the summer of 1982 in Manhattan and I clearly recall seeing his white chalk drawings on that matte black paper in the subway), and ended up a world-renowned and important artist. The hallmark of his work is large, graphic images outlined in thick black lines, bursting with energy, life, and joy. Often his figures are shown with radiating lines or "movement lines" as in comic books.

He painted on paper, canvas, walls, buildings, objects, Grace Jones, even on himself. His iconic active figures have been transformed into sculptures located around the globe. Haring, openly and proudly gay, was an activist and a very political painter. His subject matter often covered topics such as anti-apartheid, greed and consumerism, the darkness of and harm caused by organized religion, sexuality, and ultimately, AIDS. Haring was diagnosed with AIDS in 1988.

His art and legacy live on. The Keith Haring Foundation is still in operation. According to their mission statement, "The Keith Haring Foundation makes grants to not-for-profit groups that engage in charitable and educational activities. In accordance with Keith’s wishes, the Foundation concentrates its giving in two areas: The support of organizations which provide educational opportunities to underprivileged children and the support of organizations which engage in education, prevention and care with respect to AIDS and HIV infection."

Thanks for the art, and for making the world a little better.
Happy birthday, Keith. 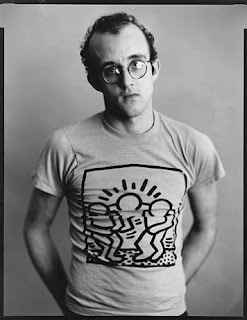 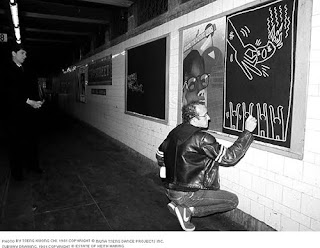 Above and below: Haring drawing in the NYC subway. 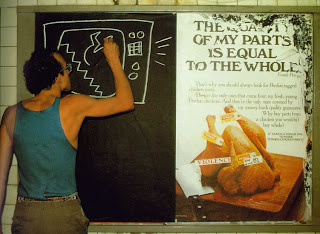 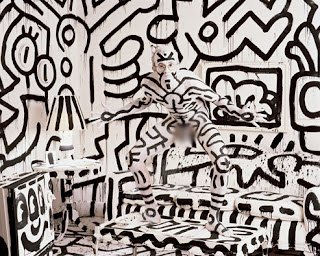 Above: Keith painted the room and himself. Photo by Annie Liebovitz. 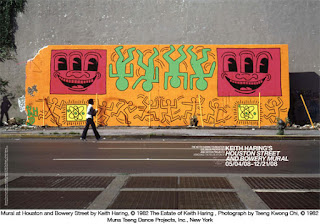 Above: Haring mural at Houston and Bowery, New York. 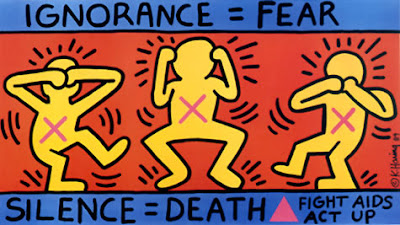 Above: his powerful work for ACT-UP. 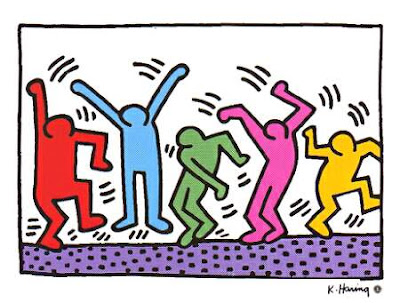 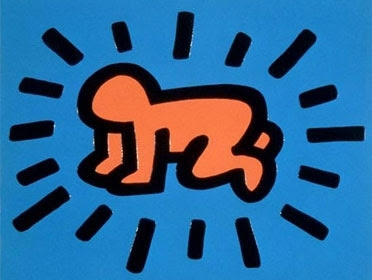 Above" "The Radiant Baby" became an iconic symbol for Haring. 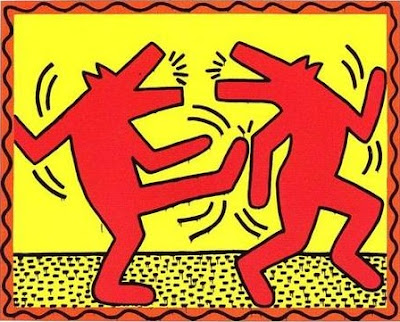 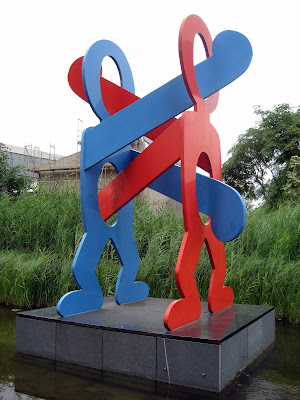 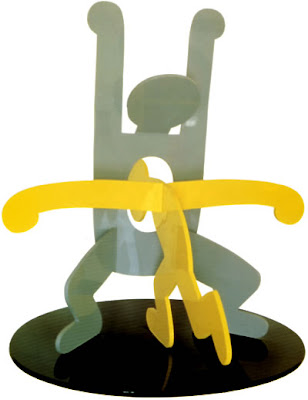