Steven Daluz is obsessed with light. And in looking at his glorious paintings in which he uses a combination of metal leaf, chemically-induced patinas, oil, and other mixed media, I get the feeling that I need to put on sunglasses. It is ironic since his surname, roughly translated in certain Romance languages, means "of (the) light."

Daluz says, "In my search to find a genre that best describes my work, I've chosen the term, 'Neo-Luminism.' Like the 'Luminist' style of the mid-19th century, for my purposes, 'Neo-Luminist' art concerns itself with the glowing effects of light. It differs, in that 'Neo-Luminism' does not necessarily concern itself with traditional landscape, does not rely on the masking of brushwork, nor is it overly concerned with detail. While it may share a feeling of tranquility, calm, and the sense of light piercing a soft, hazy 'sky,' 'Neo-Luminist' works may also be dramatic and turbulent. It normally has aspects of ethereal light, and hazy atmospheric qualities." 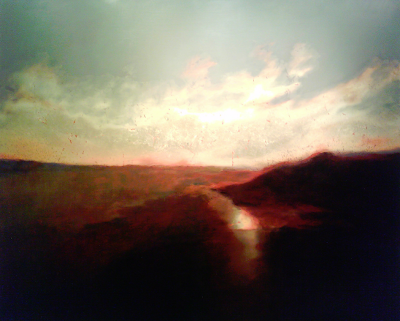 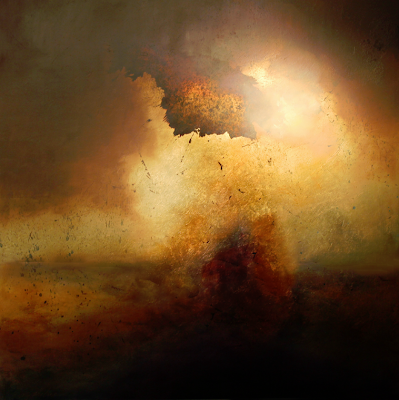 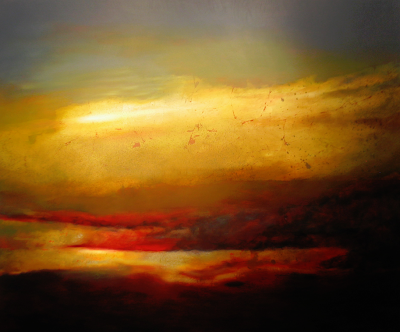 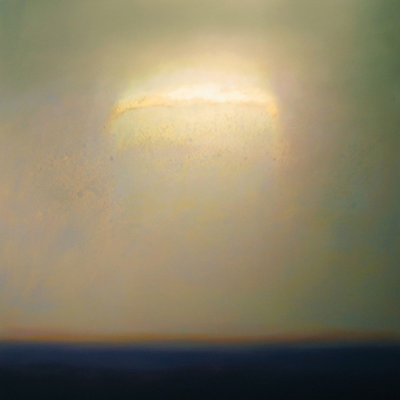 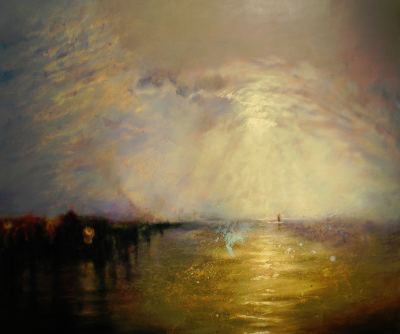 www.stevendaluz.com
Posted by Jeff at 7:08 PM