...a retro moment of "Pretty In Pink" and "Dumb Waiters" by The Psychedelic Furs. I had a flash of these songs in my mind and got out my old vinyl...

Formed in 1977 as an art rock/punk outfit by lead singer Richard Butler and his brother Tim on bass, The Psychedelic Furs became one of the staples of the 80s music scene. Their first album, the self titled "The Psychedelic Furs" was a marvel both sonically (the small group included a saxophone! I can only think of one other group from that time period to use a saxophone so effectively and that is Romeo Void) and lyrically, with a sharp spartan sound and strange dream-like narratives with recurring motifs of everyday objects.

It was their 1981 sophomore effort, "Talk Talk Talk" that brought them to wider attention with their song "Pretty In Pink" which inspired John Hughes to make a film of the same name. While the song was used in the film, lyricist Richard Butler later said that the film had nothing whatsoever to do with the original intent of the surreal, doom-y lyrics. For this kaleidoscopic portrait of an enigmatic woman and her suitors, the main character Caroline makes her second appearance here after appearing in a song called "India" from their first album. Even after all this time, the song holds up. It sounds like it could have been made today (albeit with some better recording equipment, although I actually really like the lo-fi sound). And the video...well, I watched it on MTV when such a thing existed. I just love the hallucinogenic, Alice-In-Wonderland feel of it.

Caroline laughs, and it's raining all day
She loves to be one of the girls
She lives in the place in the side of our lives
Where nothing is ever put straight

She turns herself 'round
And she smiles and she says
"This is it, that's the end of the joke"
And loses herself in her
Dreaming and sleep, and her
Lovers walk through in their coats
She's...

All of her lovers all
Talk of the notes and the
Flowers that they never sent
And wasn't she easy
Isn't she pretty in pink?

The one who insists he was the
First in the line is the
Last to remember her name
He's walking around in this
Dress that she wore
She is gone, but the
Joke's the same

Caroline talks to you
Softly sometimes, she says,
"I love you" and "Too much"
She doesn't have anything
You want to steal
Well, nothing you can touch

The fractured, disturbing "Dumb Waiters" is also from "Talk Talk Talk" and in fact, opened the album: side one, song one...a pretty splashy way to begin (a poppy, savage sax line plays against a background of dirge-like noise). It harkens back to the sound of the first album which was subversive, textured, and yes, psychedelic, with Butler's amazing, trademark voice, at once gravelly and reedy. And the video feels like an Andy Warhol/Velvet Underground reference. 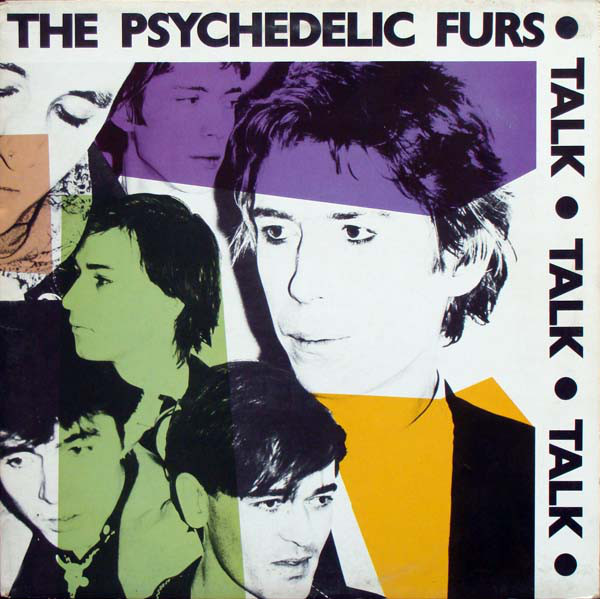 http://www.thepsychedelicfurs.com/
Posted by Jeff at 7:00 AM