I am always interested in where artists and designers come from because I believe it informs and shapes their ideas, their attractions, their creative process and, of course, their final product. Sruli Recht is an interesting case study for this phenomenon. Recht was born in Israel, lived most of his life in Melbourne, Australia, and in 2005, moved to Iceland where he is now currently based. Although separated wildly by geography and to a great extent, culture, there is some kind of overriding feeling associated with each of these locales: they seem to feature vast, open, minimalistic landscapes of neutral colors. I think this couples with Recht's conscious inspiration from industrial design, Futurism, and science fiction and Cyberpunk writing, particularly the work of Philip K. Dick. In 2005, Recht went to London to work for three years with genius Alexander McQueen as a pattern cutter and constructing pieces for runway shows. For Recht, the result is a style of clothing that Indesign Magazine said appeared "to be from another time and another world." His designs have often caused controversy for his choice of materials which has in the past included shoes made of a type of leather from the foreskin of the Minke whale, a wallet of Icelandic horse, and use of seal fur--none of which I endorse in the least. Despite the fact that he is using materials that are ethically wrong, the fact of his mastery over shape and form is quite evident. Below are some images from his FW '11 collection. 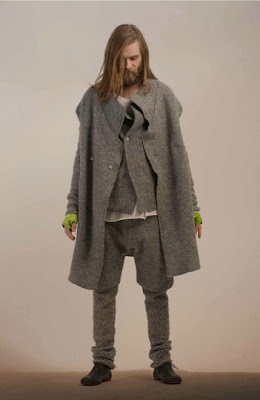 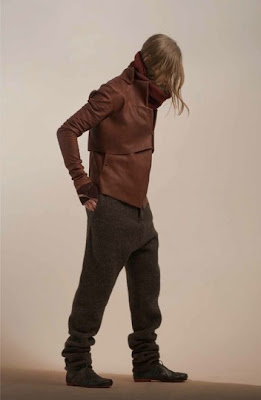 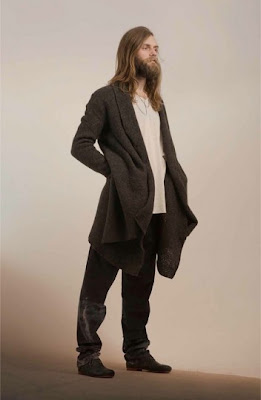 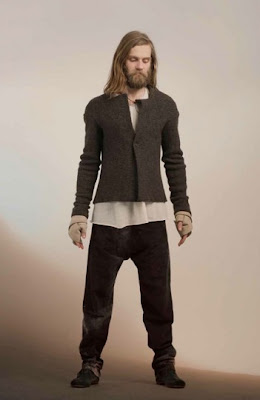 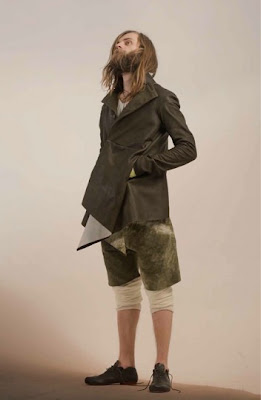 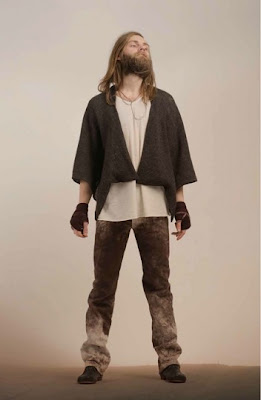 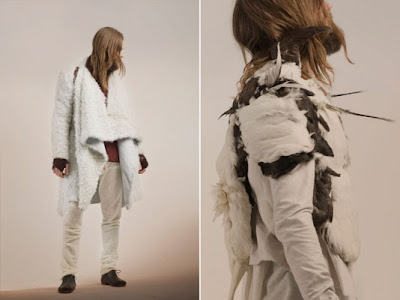 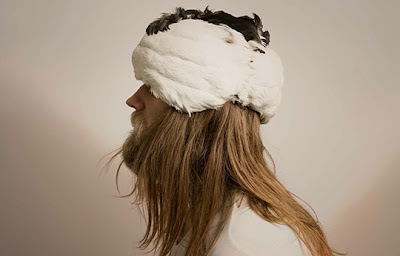 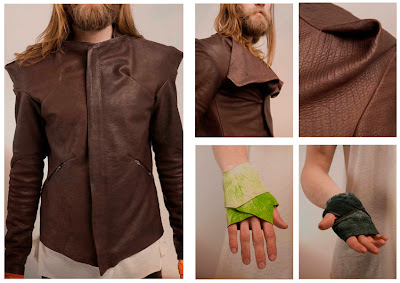 Below are images from his SS '12 collection entitled "By The Tides, By The Waves." 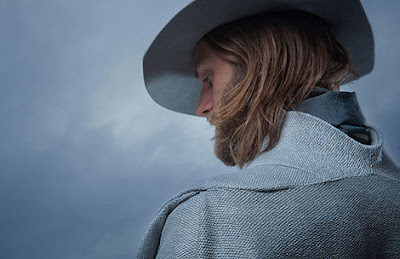 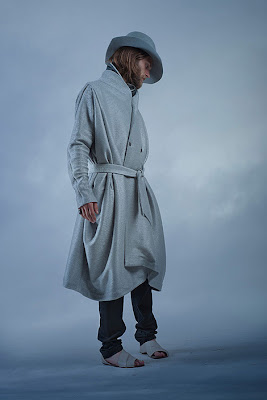 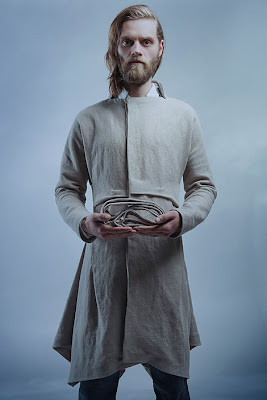 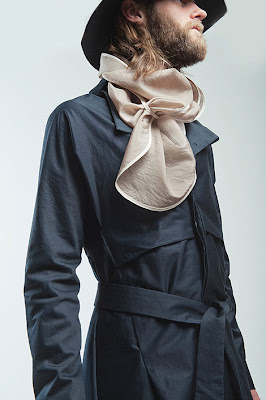 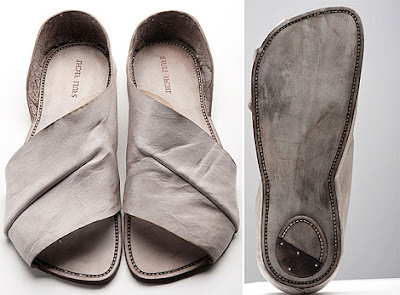 In 2007, Recht designed a spectacular collection of shoes and boots. 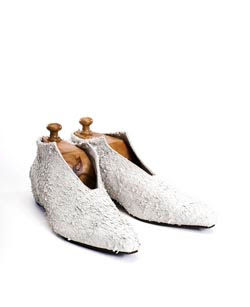 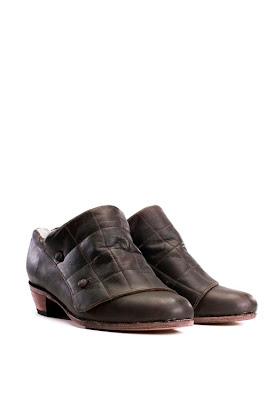 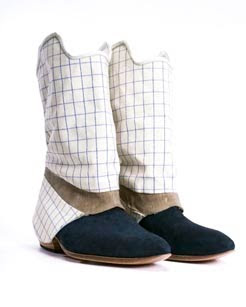 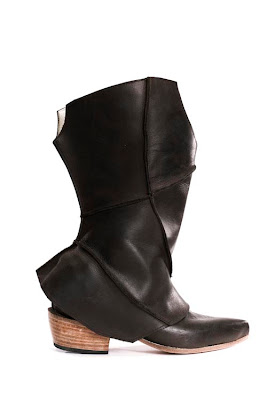 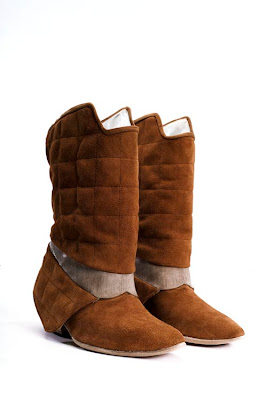 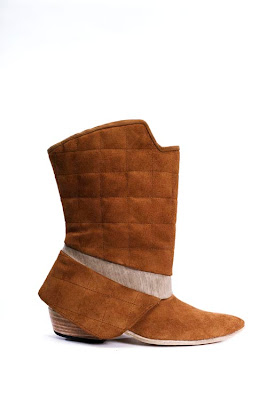 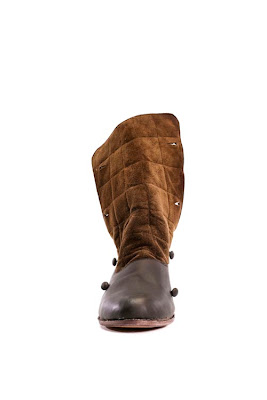 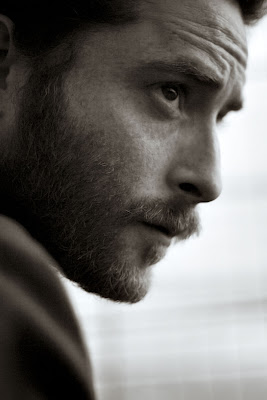 Above: a portrait of the designer Sruli Recht. Below is a photo of a piece by Recht that straddles the line between clothing and art. Entitled "The Binding of Issac," it is a four-cornered shawl of German flannel, dyed twice with the blood of a ram (which is what the official explanation says!) and left to cure for ten months. The hand-sewn binding is antique golden military satin, and each corner has twined and knotted tassels tied with 613 knots. This is directly inspired by a tallit or Hebrew prayer shawl which features tzitzit, or tassels, on each corner... the number of threads, the number of times they are doubled, and the number of knots totals 613, traditionally the number of mitzvot or commandments in the Torah. 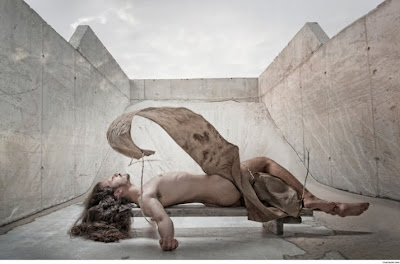 Below is a view inside Recht's store/ workshop called The Armory, located in the very atmospheric, abandoned fisheries of Reykjavik’s Fishpacking district. Each month The Armory features what Recht calls "Non products," one-off, handmade articles ranging from clothing, shoes, and scarves to bags, umbrellas, tables, wrapping paper and illustrations. 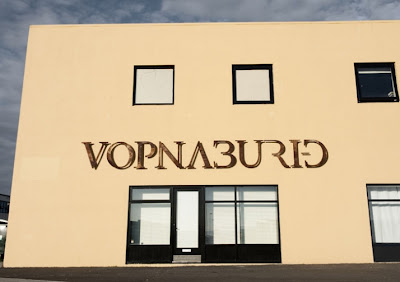 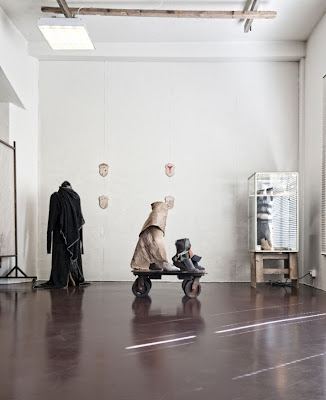 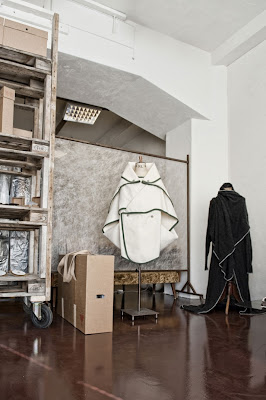 The portrait of Sruli Recht, the picture of "The Binding of Issac" on model Arash Afrazadeh, and views of Recht's store The Armory were photographed by Icelandic photographer Marinó Thorlacius.