The Ten Happiest Countries In The World 2012

The Organisation for Economic Co-operation and Development, with 24/7 Wall St., have released their annual "Top Ten Happiest Countries In The World" list. What fascinates me is that five--HALF--of the countries in the top ten are Scandinavian countries! What are they doing right? (Could this account for the influx of amazing music coming out of these countries now? ;-) ) Of course they have universal health care, unlike here in the United States (we are, shamefully, the ONLY country in the industrialized world who does not offer health care to its citizens), and they are generally thought of as "Socialist" nations, which makes the brains of the insane conservatives here in the US explode. The Scandinavians must look at the US and shake their heads in disbelief. (To be fair, the US did come in 11th according to the data.) Are any of my readers from the countries on this list? 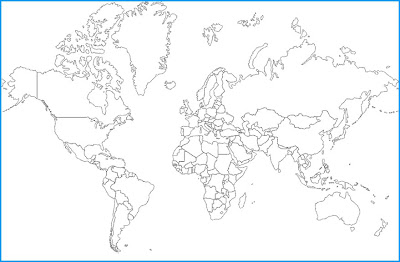 From 24/7 Wall St.'s news release:
The OECD measured more than 30 sets of data in 11 different categories, including education, health and employment. The study also asked residents of each country to rank, on a scale of 1 to 10, their general satisfaction with their lives. 24/7 Wall St. examined the 10 countries with the highest life satisfaction scores to find the strongest factors related to happiness.

Denmark tops the OECD ranking as the country with the most satisfied citizens among the countries studied by the OECD. At first glance, the reason is not obvious. Denmark ranks no higher than fourth in any of the categories that appear to correlate strongly with overall satisfaction. Yet, in addition to the OECD, organizations such as the World Map of Happiness and the World Database of Happiness have consistently put Denmark at the top of their list of the world’s happiest countries. A high employment rate of 73% and a low percentage of 1.92% of employees working long hours contribute to high satisfaction levels. But overall, it is hard to pin down why those Danes are so darn happy.

Of all the nations examined in the OECD’s report, Norway is among the most financially secure. Of working-age adults, 75% are employed — the fourth-best rate. Also, the average household disposable income is $30,645, the third highest among OECD nations. Norway also significantly outspends almost all other surveyed nations on health care, allocating $5,003 per person per year. This is well above the average for OECD nations of $3,060 per person per year. Norway also has one of the healthiest populations, with a life expectancy of 81.2 years and 80% claiming to be in “good” or “very good” health. Showcasing its economic strength, Norway is able to provide quality public health and education services while maintaining a budget surplus of 162.5% of GDP and an AAA rating from Standard & Poor’s Rating Services.

The Dutch government is heavily involved in internal economic affairs, playing a “significant role … pertaining to almost every aspect of economic activity,” according to the U.S. Department of State. Judging by Netherlands’ 75% employment rate — the third highest among those surveyed — this regulated, monitored economy has thrived in recent years. Of those employed, only 0.68% work longer than 50 hours a week — the second-lowest percentage among those surveyed. By contrast, 10.86% of U.S. workers eclipse the 50 hour mark. The Dutch also rank among the top 15 in self-reported good health, life expectancy and disposable income.

The most salient statistic with respect to well-being for the fourth ranked country on the list is employment. Switzerland tops the list in terms of working age employment rate at a whopping 79%. Switzerland also cracks the top five in three other categories: disposable income ($27,756), self-reported good health (87%) and life expectancy (82.6 years). Given these stellar numbers, it is easy to see why, according to the U.S. Department of State, “Switzerland consistently ranks high on quality of life indices.” The Swiss also have very high rates of insurance coverage and computer and Internet usage.

Austria stands out in many economic categories. Ranking within the top 10 in both employment rate and disposable income, the Austrians have certainly had some measure of financial success. Disposable income, in particular, stands out as a strong factor in happiness for Austrians. The country’s average annual disposable income is $27,541, while OECD nations average $22,387. This disparity may be in part attributable to the number of citizens working in excess of 50 hours a week, which, at 9.02%, ranks 10th among OECD nations.

Israelis have a life expectancy of 81.7 years — sixth highest among OECD nations. The country also has a low obesity rate of 13.8%, while 81% of those surveyed report their health to be “good” or “very good.” By comparison, Americans’ life expectancy is 78.7 years, and they also have a higher obesity rate of 33.8% among adults. Despite the constant security concerns in the country, the homicide rate in Israel is in line with the OECD’s average of 2.1 murders per 100,000 people. In addition, 70% of Israelis surveyed feel safe walking home at night. Although Israelis work long hours, with 18.92% working at least 50 hours a week, life satisfaction remains high.

According to OECD figures, the Finns value their free time. They devote 14.9 hours per day to leisure on average, the ninth highest among developed nations. Americans, on the other hand, rank 20th with only 14.27 hours of leisure time each day. Finland also has the eighth-lowest percentage of employees working more than 50 hours per week, at only 3.66%. When they are not working, many Finns like to indulge by taking a sauna — so many, in fact, that a country with a population of 5.3 million has 2 million saunas, much more than the number of cars in the country.

Of the countries with high life satisfaction, Australia’s citizens have comparatively little leisure time. They tend to work long hours, with nearly 14% of the population working 50 hours a week or more. Australians are healthier than most, with a life expectancy of 81.8 years — the fifth highest in the OECD. Additionally, 85% of Australians report their health to be either “good” or “very good.” The national economy has also fared well in recent years, with a post-financial crisis peak unemployment rate of only 5.7%. Presently, the Australian unemployment rate is 4.9%. Another sign of economic strength is the low government debt that stands only at 4.9% of GDP. Comparatively, the U.S. government debt represents 73.8% of GDP.

Canada’s score of 7.4 has much to do with the success of its health care system, a socialized plan that provides coverage to all of its citizens. As many as 88% of Canadians report their health to be “good” or “very good,” which ranks third among all nations surveyed. Canada also ranks among the top 15 nations in life expectancy. Other factors that may be contributing to Canadians’ high life satisfaction level are education and employment levels. Some 88% of Canadians have at least a high school diploma — the fifth-highest rate among the nations the OECD reviewed. Also, 72% of working-age citizens are employed — the seventh-highest rate. By comparison, Italy — one of the poorer-performing countries in these categories — has a working-age employment rate of 57%, and only 54% of its population has at least a high school diploma.

In the OECD’s latest Better Life Index report, Sweden scores 7.3, the 10th-best score. Sweden has a life expectancy of 81.5 years, which is the seventh highest in the OECD. The country has extremely low pollution levels as well. According to the Better Life Index data, 97% of Swedes are satisfied with the quality of their drinking water — the second most among developed countries. The country also has the lowest levels of air pollution in the OECD. In the country, leisure is a priority for the working population as just 1.28% of Swedish employees work in excess of 50 hours per week. By comparison, 10.86% of U.S. employees work that much each week.