We kick off Fashion Month in London with London Fashion Week Men's.

Paria Farzeneh, finalist for last year’s LVMH Prize, is a new generation of designer, born in England of Persian parents. And as I said in my schedule posting for the season here, fashion can serve to speak to a place, a region, a country, a specific time or an entire era, a work of art such as a novel or film or painting, a class of people, even a social, financial, or spiritual element. So Farzaneh's show came at a particularly perfect time.

Fashion journalist Sarah Mower reported, "How ineffably poignant that the first fashion event of 2020 was an invitation to an Iranian wedding. The day after Donald Trump bombed Iran, Paria Farzaneh ushered us into a school hall in the City of London, asked men to sit on one side of the aisle, women on the other. Curtains opened on the school stage to reveal a bride in a white lace dress seated under a traditional religious canopy, with her groom next to her, wearing a hoodie printed in the textile that Farzaneh sources in Isfahan. The marriage ceremony was conducted in Farsi by an officiating gentleman in a black suit; guests were offered Iranian pastries, baked locally.

The political relevance of the performance only provided an exaggerated context for the point Farzaneh continually puts over—that of welcoming people to the dignity of her culture, and the peaceful sharing of ordinary human values. 'In uncertain times, it’s good to have a moment of celebration, of calm,' she said. 'It’s a time to come together, to remember where you come from. Even though I was born here [in England], I have been to Iran every year of my life. I feel I am doing them proud, speaking for them, and that’s important to me.'" 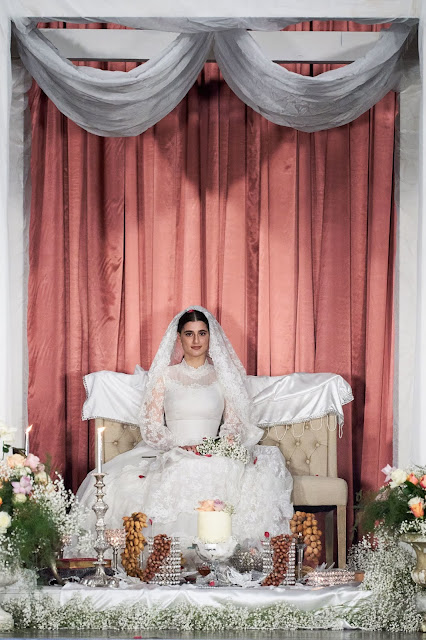 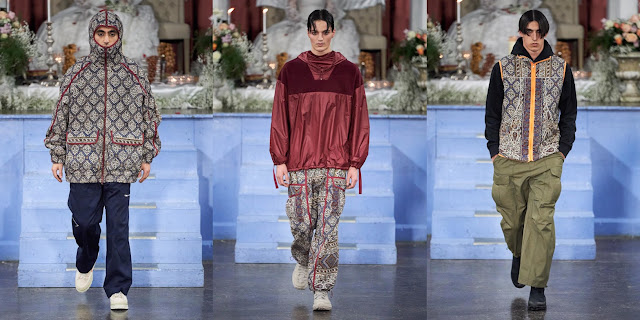 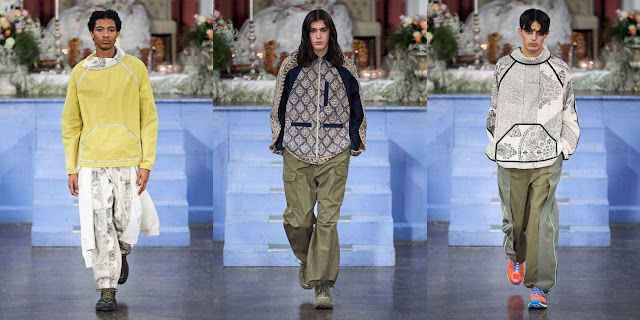 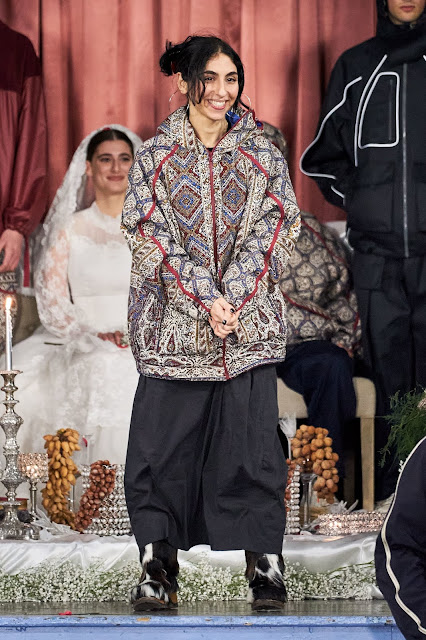 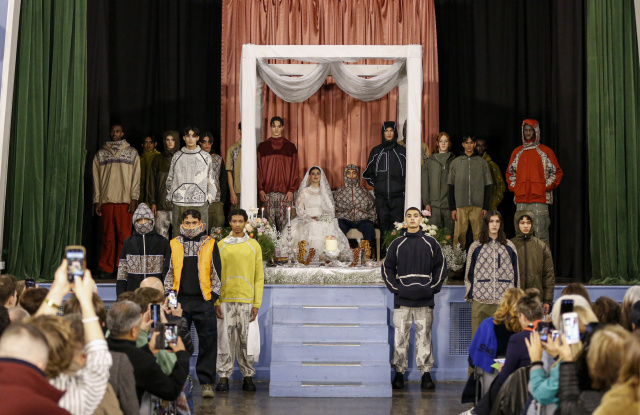 While I am not a fan of boring streetwear or dreadful athleisure wear (a trend that is dying a natural death anyhow), I felt it was important to spread Farzaneh's message at this time when The Monster in the White House is trying to bring about global destruction for his own re-election. And the intricate Isfahan fabric is lovely...Farzaneh said, "They are completely sustainable, though I’ve never shouted about that. They’re hand-made by a man in Isfahan. The dyes are all natural, using turmeric and saffron, washed in the river and dried in the sun.”

https://www.pariafarzaneh.com/
Posted by Jeff at 8:00 PM