The Mexican Giant, the Dog Xolo, and the Little Indian Girl

Royal de Luxe is a staggeringly innovative and imaginative street theater troupe which employs the largest marionettes on the planet for their site specific shows. Based in Nantes, France, they have performed all over the world in places such as Belgium, England, Germany, Iceland, Chile, Australia and Mexico. Their shows unfold over the course of several days and consist of events and marionette amblings all around a chosen city.

Their newest performance piece entitled "The Mexican Giant, the Dog Xolo, and the Little Indian Girl" was performed in Guadalajara last November 2010, and in Nantes last month, May 2011. 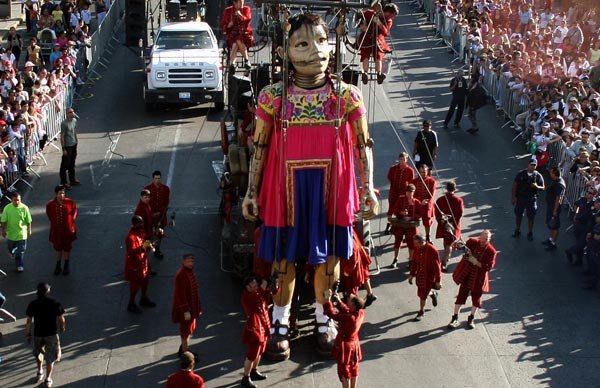 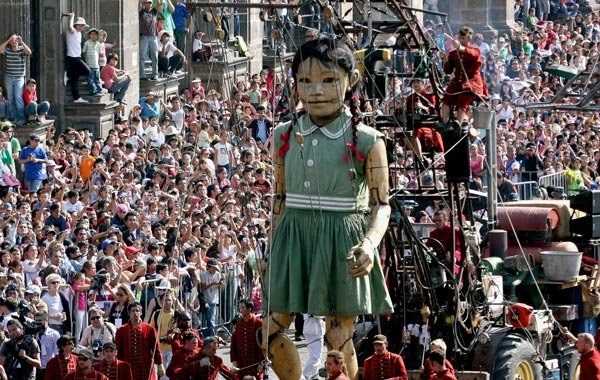 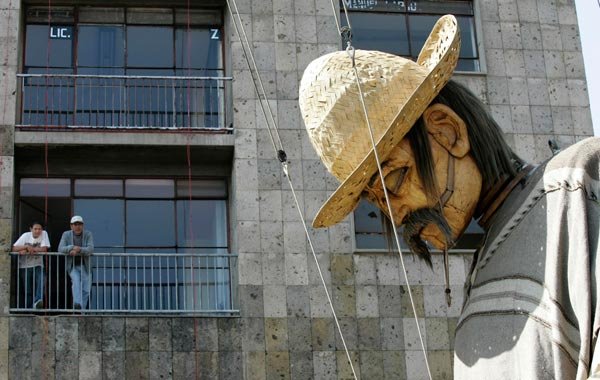 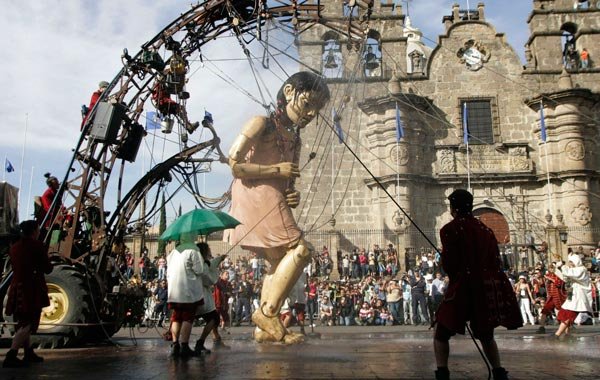 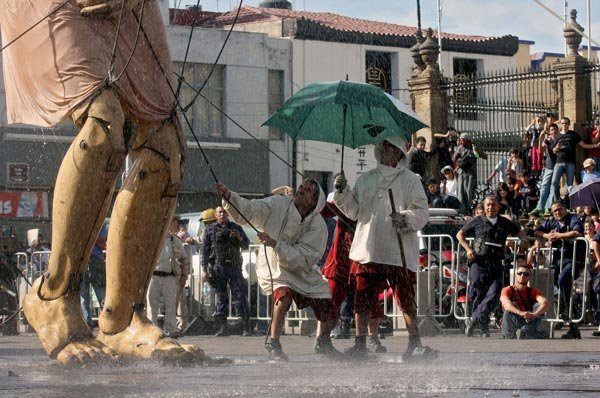 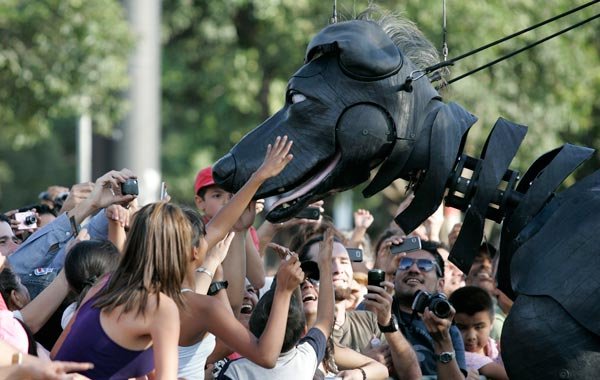 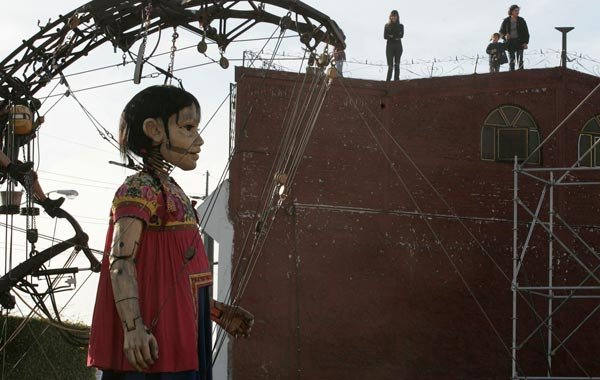 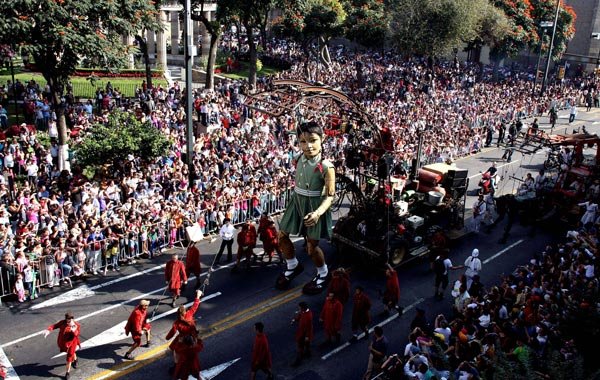 The way they operate these giant marionettes is astounding. It obviously takes such brute force and muscle but the result is magnificently subtle and gentle. The little girl moves her eyes around in a completely human, sensitive way, taking in the small world around her. Take a look at the troupe in action here with their piece "The Sultan's Elephant."