After her stint in the second film installation of "Mamma Mia" featuring the music of ABBA, Cher secretly embarked on a new record project covering nothing but ABBA songs. The result is her new album "Dancing Queen" featuring this delightful version of "SOS," one of my favorite ABBA songs (I really appreciate that she did not try to reinvent it, but let it sound like ABBA).

But it is the video that is truly special: while Cher is absent, the sense of empowerment and unity for women is a moving, beautiful message (witness all the different ages, sizes, shapes, and colors of beauty). It's no surprise that Cher created this message as she has always been a vocal critic of leaders and the Republican party who are anti-women and who look for ways to continually strip women of rights and equality. I do not follow people's social media accounts because I am a busy man, but please take a look at her Twitter feed because it is representative--sometimes hilariously so--of her no BS attitude while actually being quite a political voice of reason.

And if anyone is thinking "Why Cher?", I will let Mark Bego, Cher's biographer fill you in: "No one in the history of show business has had a career of the magnitude and scope of Cher's. She has been a teenage pop star, a television hostess, a fashion magazine model, a rock star, a pop singer, a Broadway actress, an Academy Award-winning movie star, a disco sensation, and the subject of a mountain of press coverage." I would like to point out that she has also won a Grammy Award, an Emmy Award, three Golden Globe Awards, a Cannes Film Festival Award, a special CFDA Fashion Award, and a Kennedy Center Honors prize, among several other honors. She has sold 100 million records worldwide to date, becoming one of the best-selling music artists in history. And get this: she is the only artist to date to have a number-one single on a Billboard chart in each decade from the 1960s to the 2010s. 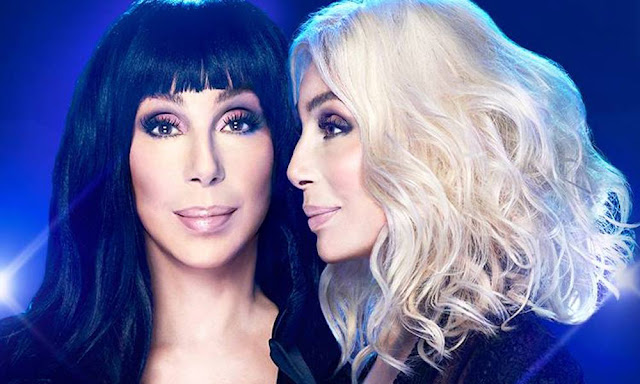