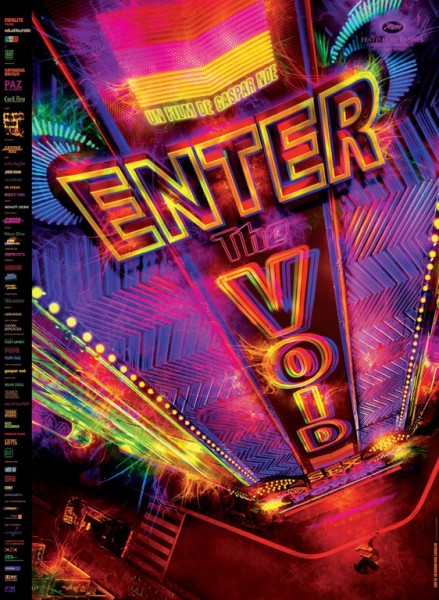 Written and directed by French director Gaspar Noé, "Enter The Void" was nominated for a Palme d'Or at Cannes in 2009. And it is truly unlike anything I have ever seen before...and I was a film major and have seen a loooooot of films. So I am fairly confident in saying that the sense of this film is unique in cinema.

In a bleak, tragic back story, Oscar is a small-time Tokyo drug dealer from the Unites States who has earned enough money to send for his sister to join him in Japan. The two of them were separated when they were young after a car accident claimed their parents. After his sister arrives, she becomes a dancer in a strip club. When we enter Oscar's life, we see he is very interested in the drug DMT (the hallucinogenic tryptamine drug that is part of Ayahuasca, a traditional spiritual medicine in ceremonies among the indigenous peoples of the Amazon basin) and partakes of it in a lengthy sequence at the start of the film. His friend Alex drops by and they discuss a book Alex loaned Oscar, THE TIBETAN BOOK OF THE DEAD. They make their way to The Void, a bar where Oscar will meet a client but it turns out to be a set-up and the police are waiting. Oscar runs into the bathroom to flush his stash but is shot by the police and dies on the floor. In other films, this would be the end of the story, but for "Enter The Void," this is just the start.

We spend the rest of the film floating, hovering, and flying over the city of Tokyo, passing through walls and ceilings, as Oscar's spirit is compelled to witness the aftermath of his death, how his sister and friends react, and how the messy, visceral, sex-drenched world continues without him.

I have had trouble sitting down to write about this film because the subtext, and the meaning of the contents of this film are so profound that it is hard to write something worthy of the enormous, cosmic ideas it contains. It is clear that the film is based on THE TIBETAN BOOK OF THE DEAD as Oscar's experience of the "afterlife" mirrors what his friend Alex tells him are the stages after one dies. The film is abstract in a way for what I think is a very good reason. Just like Oscar's lengthy drug hallucination at the start of the film, the way this narrative unfolds (and is filmed either in the first person or with the camera directly behind Oscar's head) is to recreate a feeling, a sense. The kaleidoscope of shapes and colors in the DMT sequence serves to lull us and hypnotize us, allowing us to "tune in, turn on, and drop out" with Oscar. And the sense of the rest of the film--with its staggering otherworldly camera work, hazy views, neon colors, and incessant, disturbing soundtrack of an ambient, droning, hum--is crafted purposefully to make us feel disconnected from life itself, the way Oscar is. This is a mesmerizing film with some heart-stopping moments when one truly understands the meaning of what is being shown. I was quite moved (a few times to tears) to see in action many spiritual ideas that I have studied over the decades, in sources like THE TIBETAN BOOK OF THE DEAD but also in other cosmologies and belief systems that speak to the ideas of death, an afterlife, reincarnation, and how the human soul is comprised of something that is immutable and infinite (I particularly responded to the idea of how, over time, Oscar is more and more removed from a corporeal existence and reality, and is more and more drawn to electricity, the raw energy of the universe). But fascinatingly, Gaspar Noé juxtaposes the possibility of these lofty spiritual ideas with squalor, and drugs, and animalistic sex, not in a religious way to illustrate a simple-minded concept of sin but to show that life in its totality includes all of these things. They are intertwined and the physical plane ends up being the void and not the other way around

And just how the actual, physical length of Proust's masterpiece of literature, "In Search of Lost Time" is an important element in the story itself as much as the characters and action in it, in "Enter The Void" the repetition of imagery, the time it takes for the story to unfold, and the obtuse way it does is integral to experiencing the story itself. 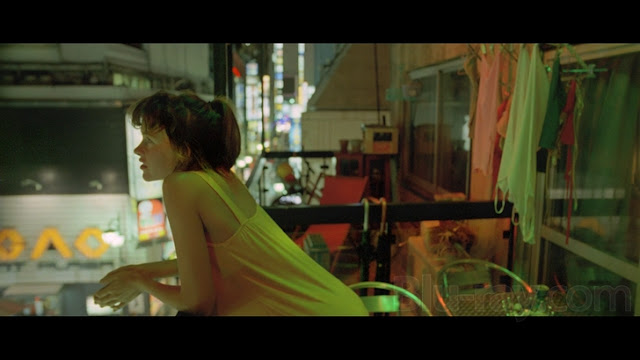 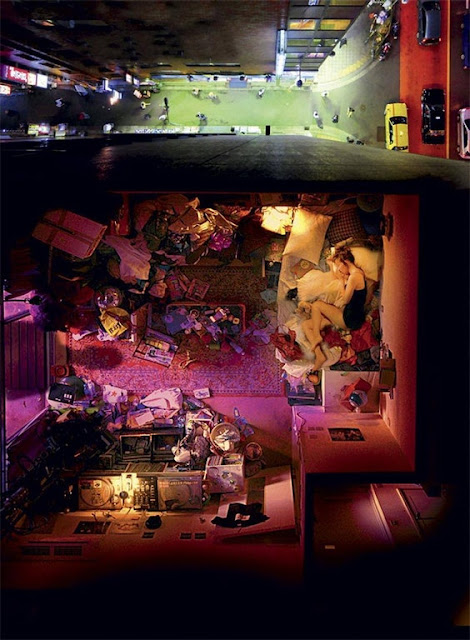 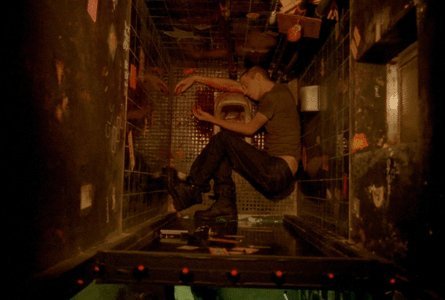 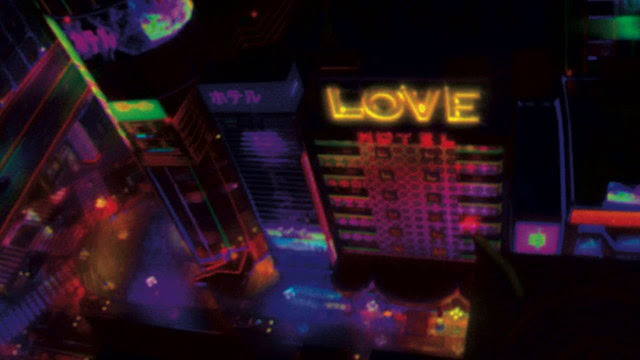 Recommend? Yes, it is a very special film but as usual with films that I like, I recommend this with caveats. It might strike some as slow moving, and indeed, as I mentioned, the film is deliberately striving to recreate experiences by using time as well as sounds and images. It would also be very helpful to be familiar with the contents of THE TIBETAN BOOK OF THE DEAD. There are also a lot of portrayals of violence and very frank scenes of sex. But I did not find any of those scenes to be gratuitous or unnecessarily prurient. There is a point to Oscar watching people have sex, and the point is revealed in the final scene of the film. All in all, this is an astounding film but not for everyone.

http://www.ifcfilms.com/films/enter-the-void
Posted by Jeff at 7:00 AM