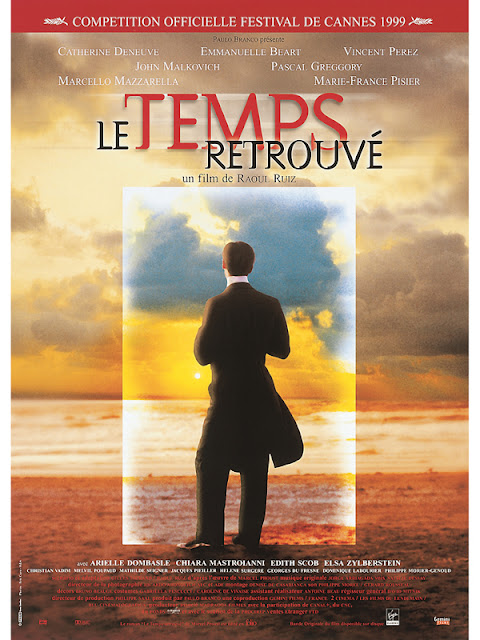 Many years ago, I set out to read all of Proust's masterpiece À LA RECHERCHE DU TEMPS PERDU, or as it is erroneaously known in English, REMEMBRANCE OF THINGS PAST (a closer translation is IN SEARCH OF LOST TIME). It took a good 7+ months of my life but it was an extraordinary journey, sometimes engaging, and to be honest: sometimes boring, but in the end highly rewarding. Spanning 55 years, and featuring several generations of several families, hundreds of characters, and locations around France and Italy, Proust's novel is rooted by a narrator who relays a rich, dense, dizzying account of his life and those around him. One of the amazing aspects of this incredible novel is its sheer length which is an element of experiencing the narrative itself, something I have never seen anyone speak of when discussing À LA RECHERCHE DU TEMPS PERDU. In reading it, one spends a tremendous amount of time immersed in the story, traveling through time and details that ultimately amount to something akin to experiencing another life in its totality. When I was done with the book, I felt exhausted and extremely emotional, as though I had lost someone or something close to me. So to undertake a filmed version of this story has long been considered folly--if 7+ months is integral to experiencing the story, how can the same thing be achieved in 90 minutes? But there have been several film adaptations of sections of the novel, sections that can stand alone such as the first section called SWANN'S WAY.

In 1999, Raúl Ruiz filmed "Le Temps Retrouvé" based on the last section of the novel which bears the same name. The legendary filmmaker was born in 1941 in southern Chile, but left in 1973 after Pinochet's coup, and fled to Paris where he lived until his death in 2011. He felt deeply for his adopted homeland and his approach to putting Proust on film was obviously filled with respect and reverence. And even though this might be a version of the final installment, we do get references to the famous Madeleine in linden blossom tea, the fact that Proust was on his deathbed when he finished the novel, and the presence in flahsbacks of all past characters from the book. Ruiz chose a lovely, surreal approach to telling this complicated tale by starting with the real Proust ill in bed, writing his book. But he has flashes of memory as well as daydreaming/dreaming/hallucinating his novel to life. There are also some subtle but startling special effects like people and sets sliding around in scenes which lends an air of impermanence to the idea of what a memory is. Events and people and places can shift in our minds over time which is certainly one of the many points of the original novel, that what we perceive when we are young can change into entirely different perceptions once we age.

Starring Marcello Mazzarella as Marcel (both the real Marcel and the narrator Marcel in the book), Catherine Deneuve as Odette De Crecy, and John Malkovich as Le Baron de Charlus speaking French slowly but well, the cast move through the film solemnly as in a dream, a perfect attitude to take for such a monumental creation. All the lived moments, all the things spoken and unspoken in life, how lives connect and effect each other knowingly and unknowingly, and all the lives lost are at work in the novel as well as this filmed adaptation. The sets and costumes are both sumptuous and period-correct. The atmosphere, the coloring and art direction, the music and the hush...it is all perfect. 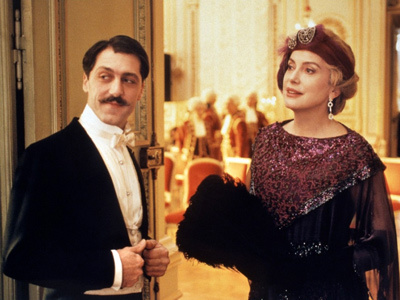 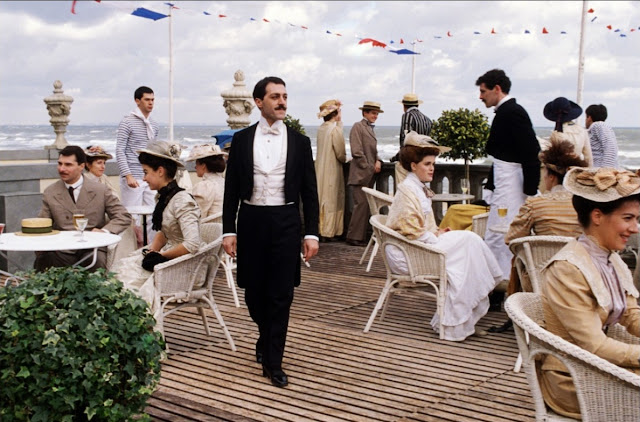 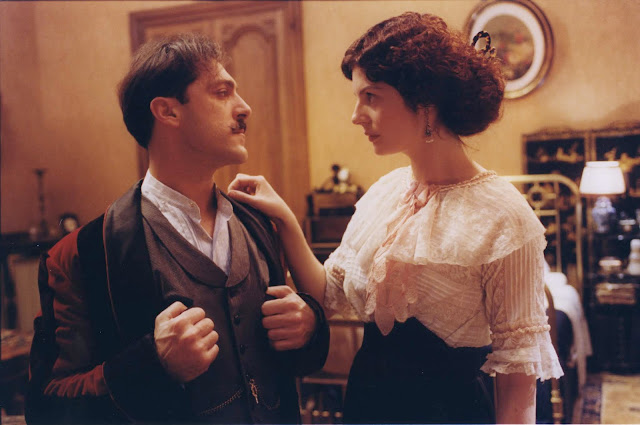 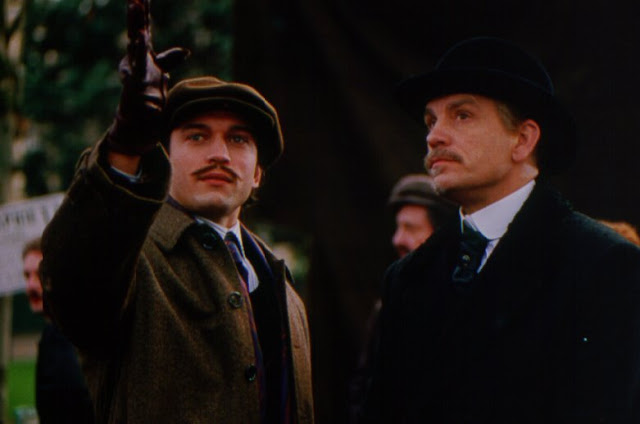 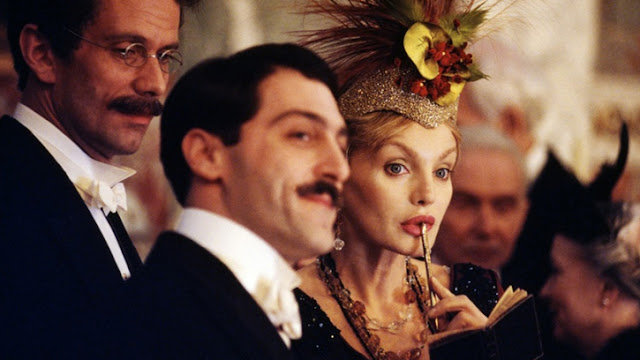 Recommend? Yes, but upon reflection, I realize it will only make sense if one is well acquainted with the original source material as well as Proust's life. Otherwise, it might read as a confusing parade of period costumes seen through gauze.
Posted by Jeff at 7:00 AM