The work of Chicago resident Eric Edward Esper seems dispassionate and static but upon closer inspection, and upon learning the names of paintings along with their narratives, one sees that Esper has a deliciously creepy sensibility. Both macabre and memorial in nature, his "Chicago Disasters" series depicts horrendous catastrophes that have befallen the city over the years. He starts with the Great Fire of 1871... and moves on to capsized ships, conflagrations, and train crashes. One can't help but feel like a rubber-necker, but the images are presented in such an innocent, curiously remote, clinical way... 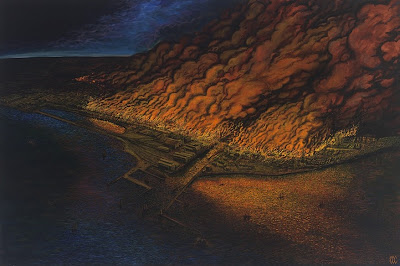 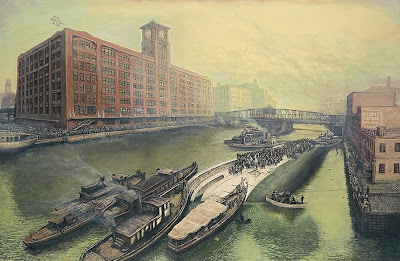 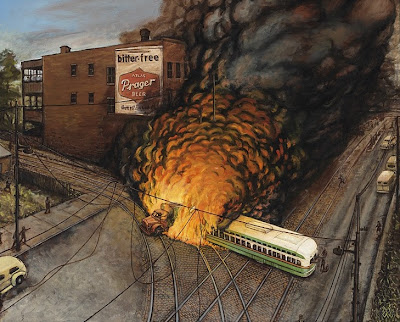 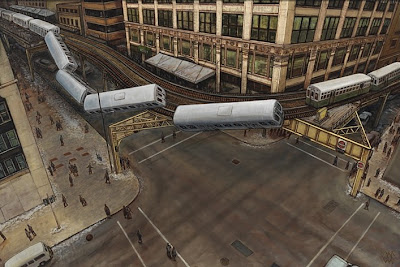 Top to bottom: The Great Fire of 1871; The Capsizing of the SS Eastland; Green Hornet Streetcar Inferno; Our Children of Angels; 1977 CTA El Train Derailment

His series of aerial views of the compounds of various cults over the years is just as creepy, but highly imaginative at the same time.

http://ericesper.com/home.html
Posted by Jeff at 7:30 AM