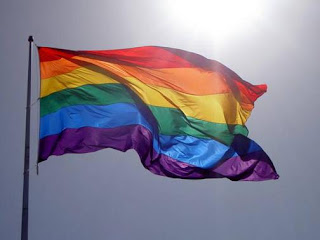 WASHINGTON—The Supreme Court dramatically advanced the struggle for gay rights Wednesday, ending the federal government's discrimination against same-sex spouses and authorizing the resumption of gay marriages in the nation's most populous state.

In a pair of 5-4 decisions announced on the final day of the court's annual term, the justices struck down the 1996 Defense of Marriage Act, which had denied federal benefits to gay couples married under state law, and let stand a district-court ruling that Proposition 8, a 2008 voter initiative that ended same-sex marriages in California, is unconstitutional.

In striking down the Defense of Marriage Act, Justice Anthony Kennedy said Congress had no business undermining a state's decision to extend "the recognition, dignity, and protection" of the marriage contract to same-sex couples.

By excluding such couples from the rights and responsibilities of marriage afforded by more than 1,000 provisions of federal law, "DOMA writes inequality into the entire United States Code," Justice Kennedy wrote.

Four conservatives filed three separate dissents. Justice Antonin Scalia read his from the bench. He and others contended that the court had no jurisdiction to hear the case at all, because the Obama administration already had concluded the 1996 law was unconstitutional and thus there was no dispute for the court to resolve.

As for the merits of the law, Justice Scalia said it should stand. "Favoring man-woman marriage no more 'demeans' and 'humiliates' other sexual relationships than favoring our Constitution demeans and humiliates the governmental systems of other countries," he said.

In Los Angeles, California Attorney General Kamala Harris said the ruling on Proposition 8 means that "every county in the state of California must now recognize the right of same-sex couples to legally marry." She said marriages will resume in the state as soon as a federal appeals court lifts a stay on an earlier district-court ruling requiring the state to permit gay marriage.