Over a soundtrack of lo-fi garage band music, Topman showed what could be called "Rockabilly Luxe," a collection that was clearly inspired by Rockabilly as well as a certain masculine archetype from the 1950s. The de rigeur Western/Rockabilly shirt with embroidery and soutache morphed into something a little more sophisticated than its ancestor... and it showed up later with spiders taking the place of flowers! The addition of metallic brogues, belts, and jackets upped the ante and gave the collection a kind of young elegance and flash. 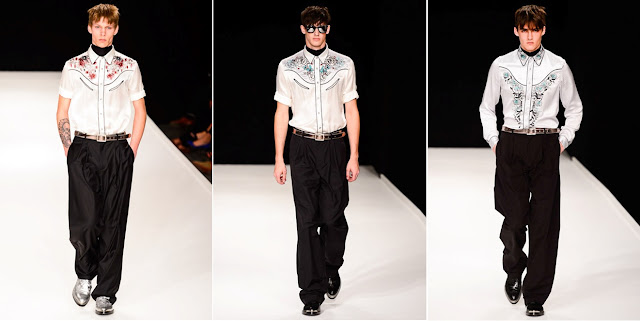